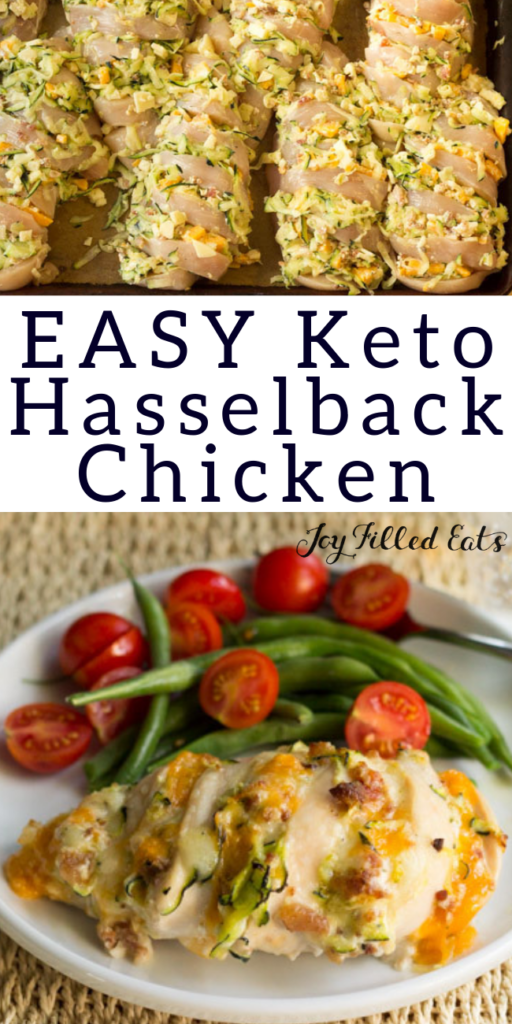 This Four Cheese Hasselback Chicken Recipe looks fancy but it's actually a really easy way to make stuffed chicken. You can stuff it with anything but my version has four different kinds of cheese, shredded zucchini, and bacon. Bacon is always a welcome ingredient in my house. This easy recipe is low carb, keto, gluten-free, grain-free, sugar-free, and Trim Healthy Mama friendly. 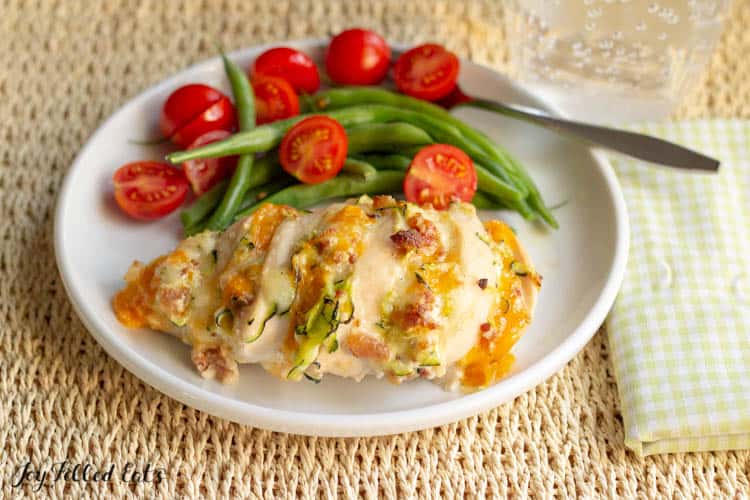 So, what do I do when my husband and I each buy a 6-pound pack of chicken on the same day? Make lots of chicken recipes.

I've been seeing photos of Hasselback chicken on Pinterest for a while now and I decided it was time to make my own version. Bacon crumbles were the first ingredient I grabbed out of the fridge. Followed by cheese. And then I was stumped. I normally put a veggie in stuffed chicken and chicken casseroles.

How could I stuff a veggie into those tiny cracks? And then I remembered my friend Marisa gave me one of her garden zucchini. Perfect. I shredded it, mixed it with the cheese and bacon, and stuffed those chicken breasts. 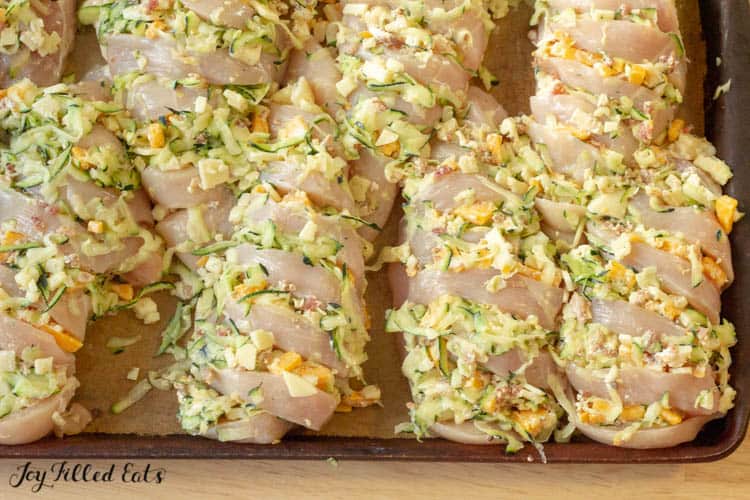 What is Hasselback Chicken?

Hasselback chicken breast has slits cut in the top and is filled with your choice of toppings. It is quicker than pounding the chicken and rolling around a filling and cooks faster and more evenly with the slits.

How to Make Hasselback Chicken

What type of cheese for stuffed chicken?

You can really use any type of cheese for this keto Hasselback chicken recipe. I used what I had. The Muenster and provolone were sliced for sandwiches so I just stacked the slices and cut them into cubes.

Mexican - Chop cilantro, tomatoes, and onions. Add some lime zest. Use to stuff the chicken.

Eggplant - Stuff the chicken breasts with thin slices of softened eggplant. Place on top of some marinara sauce in a baking dish. Cover with mozzarella for a delicious twist on chicken stuffed with eggplant parmesan.

Sausage - Stuff raw ground sausage down into the slits. Bake the stuffed chicken breasts until almost done and then top with fresh mozzarella.

Cordon Bleu - Stuff the chicken with ham and swiss. Make up some of the sauce I use for my chicken cordon bleu casserole and serve that with the chicken.

Ranch - Mix up the dry ingredients I use in my grilled ranch chicken and use them on a rub for the chicken. Stuff with bacon and cheddar.

And make sure to try my jalapeno popper hasselback chicken next!

What should I serve with Hasselback chicken?

I just served this with some steamed green beans and tomatoes. It is great with keto mashed cauliflower, roasted brussels sprouts, keto Caesar salad, or you can double up on the zucchini and serve it with zucchini salad. 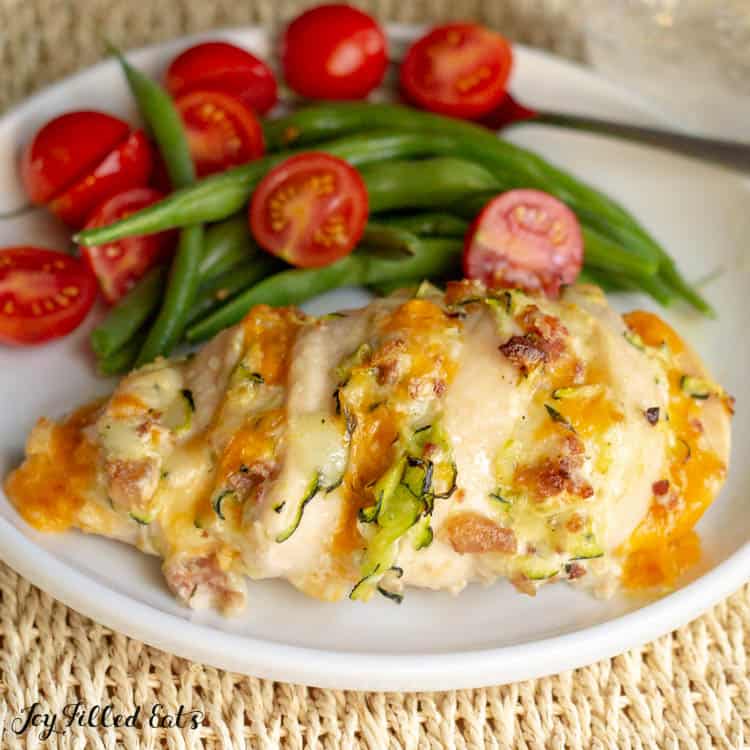 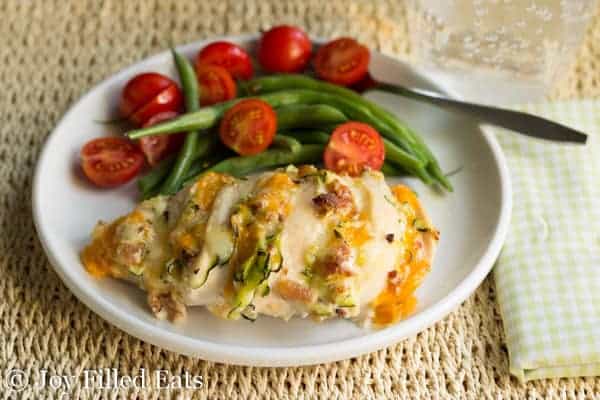