This post may contain affiliate links which won’t change your price but will share some commission.
6707 shares
Print Recipe Jump to Recipe 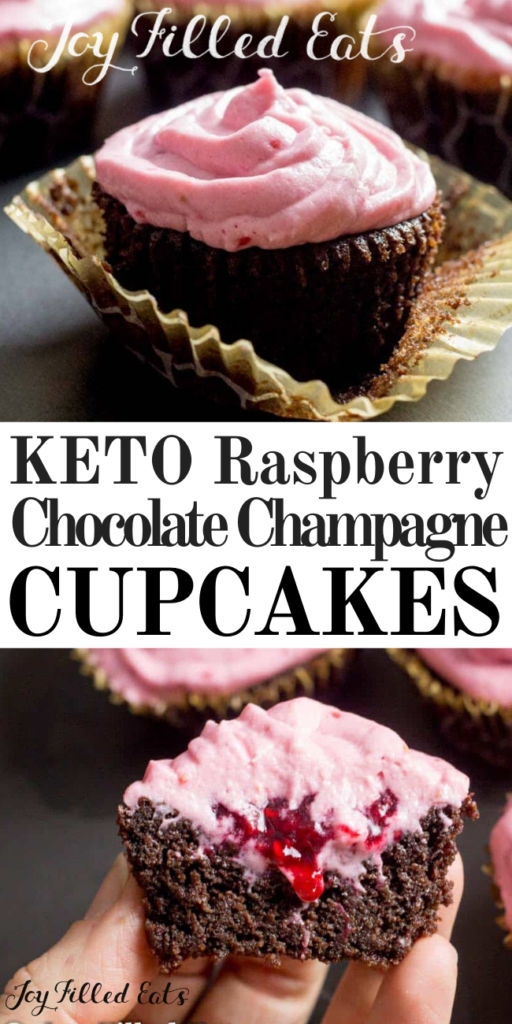 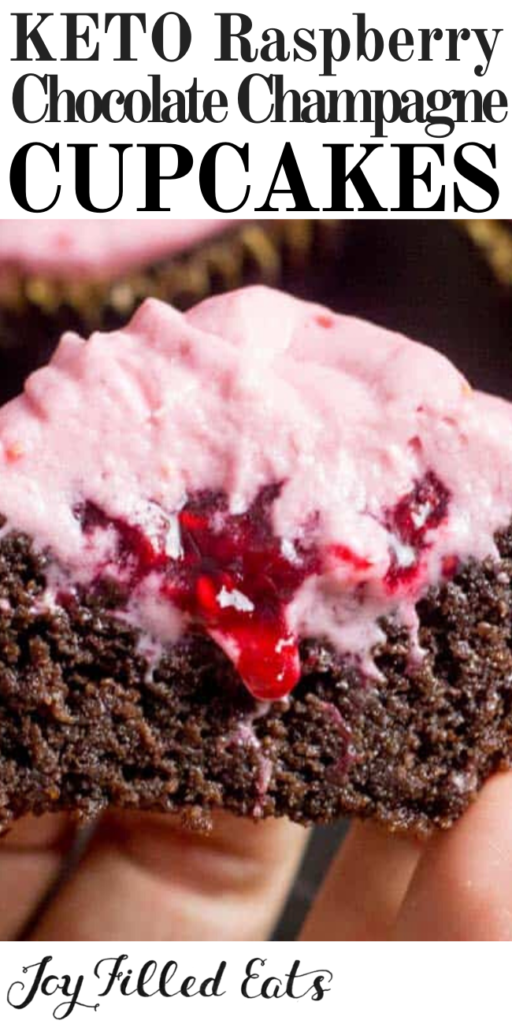 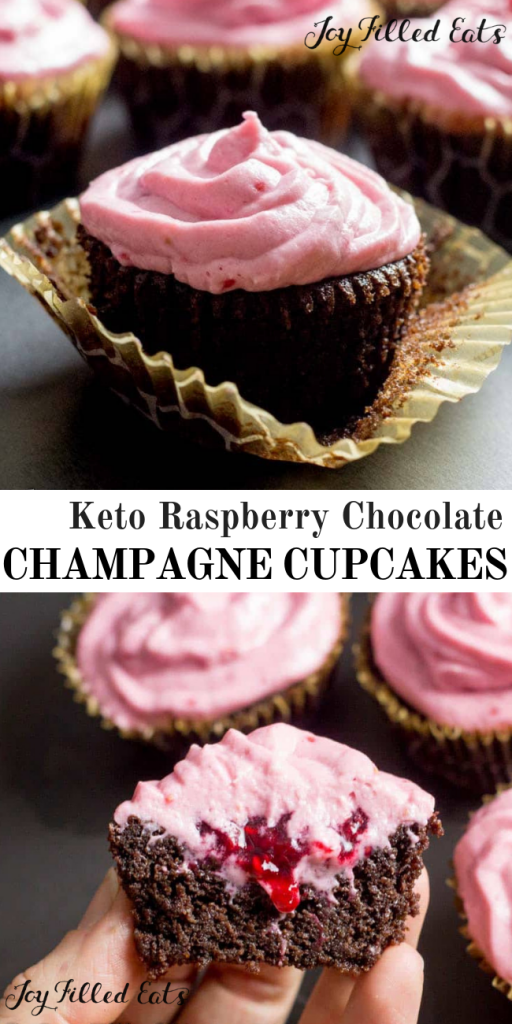 Chocolate Champagne Cupcakes with Raspberry Frosting are perfect for New Year's Eve or any other special occasion. There is a hint of champagne in these classic chocolate raspberry cupcakes, just enough to make them extraordinary. 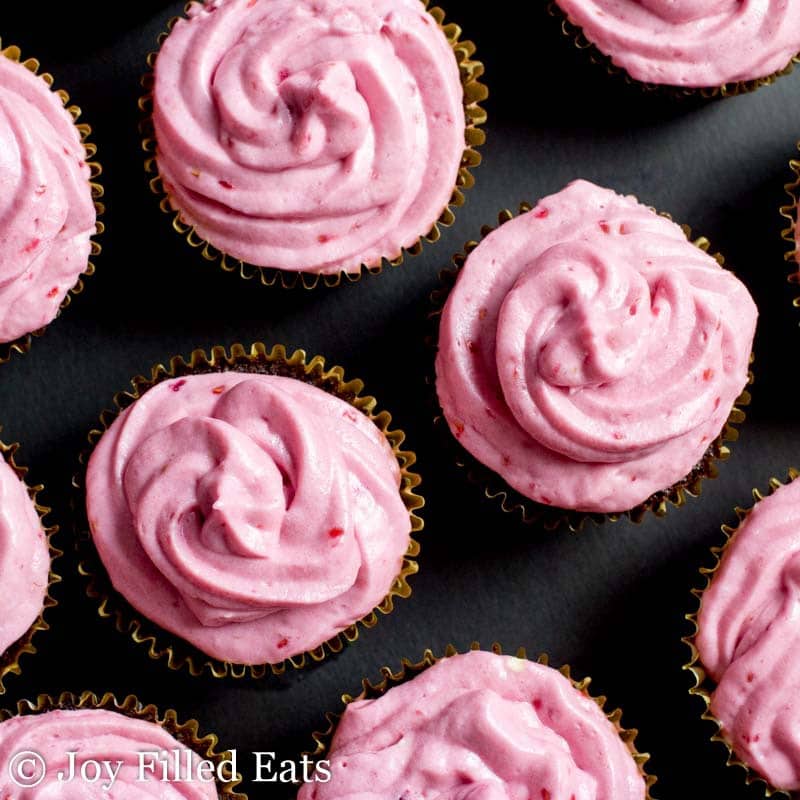 I knew I wanted to make some sort of New Year's Eve dessert this year. But what exactly qualifies a dessert as suitable for New Year's Eve? Whenever I searched online for dessert recipes to eat while the ball drops I noticed most of them had alcohol in them. What is more iconic around New Year's than a champagne toast?

To be completely honest the last few years I've celebrated New Year's Eve sound asleep by the time the ball drops. I guess that's what happens when you are in your mid-thirties with five kids tiring you out every single day. By December 31st they've also been home from school for the last week. My kids are great but having everyone home can get a bit loud for my introverted self. Summer break is a bit easier because I can send them outside to play. Christmas break doesn't always have decent weather for playing outdoors. 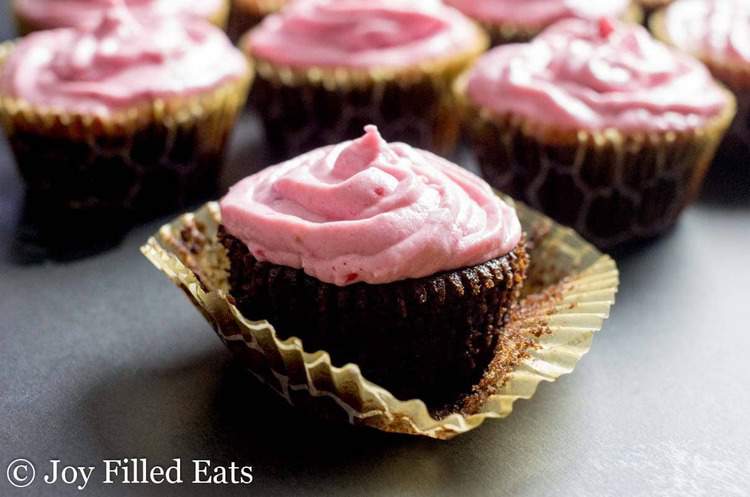 Even though I knew I'd probably be in bed by midnight I decided I wanted to make a healthy champagne based dessert for New Year's Eve. This year, I decided to adapt the Chocolate Raspberry Champagne Cupcakes I saw on Yummy Crumble to make them sugar-free, low carb, and grain free. 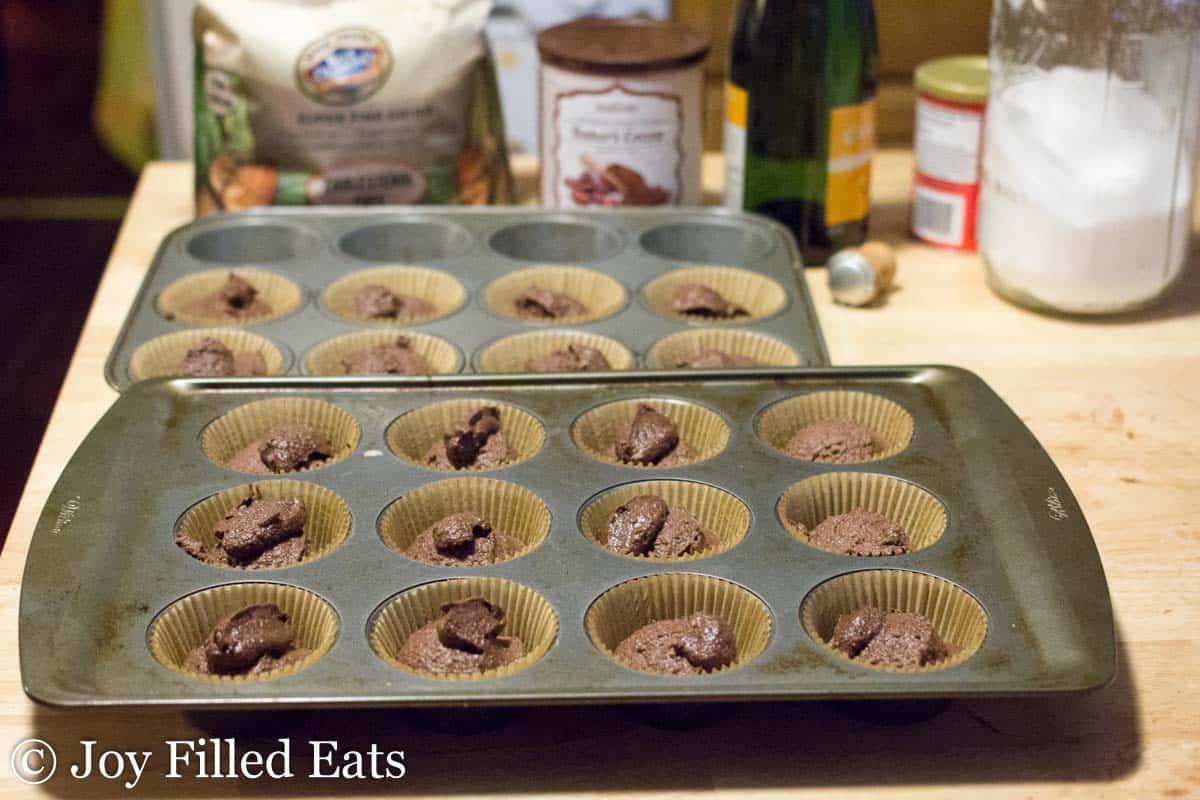 How to make Chocolate Champagne Cupcakes with Raspberry Frosting

I keep my recipes as simple as possible. Most of my cake and cupcake recipes dump all the ingredients into a bowl and come together in seconds with an electric mixer. I also make cakes in the food processor a lot. The ingredients come together with the touch of a button. 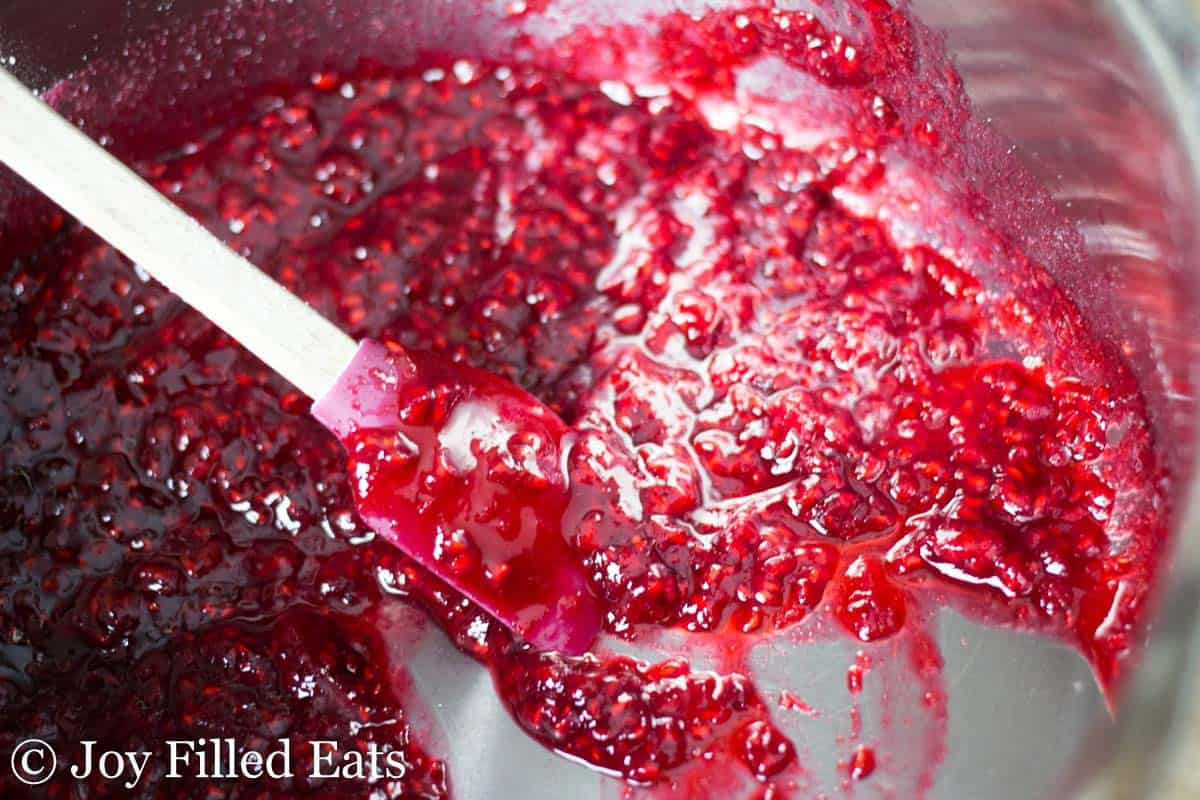 I chose to give these an extra burst of raspberry flavor by making a raspberry filling that is slightly sweetened with a hint of champagne.

gluccomannan (or thickening agent of your choice) 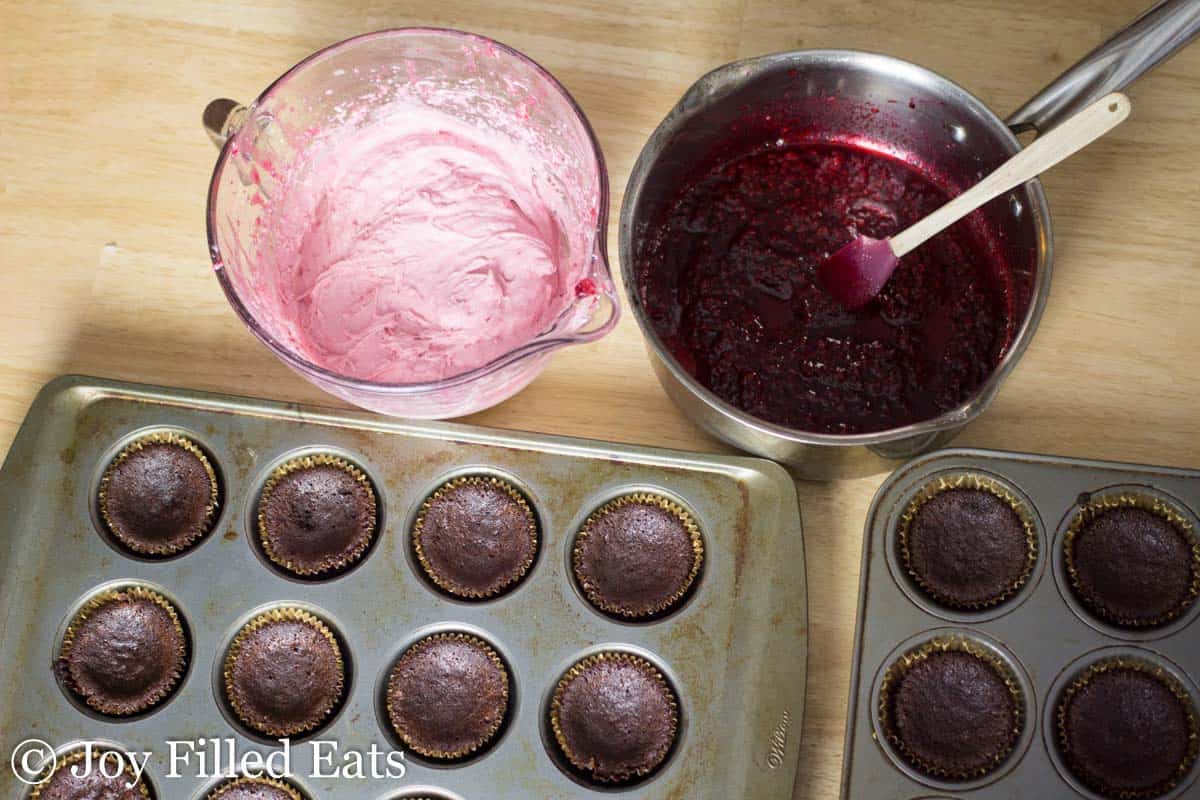 To make the icing, beat the cream cheese and butter until smooth with an electric mixer. Beat in the sweetener, raspberries, and champagne.

When the cupcakes have cooled divide the filling between them. Pipe the icing on top. Store the chocolate champagne cupcakes in the refrigerator.

Note: you may substitute raspberry seltzer for the champagne if you prefer. 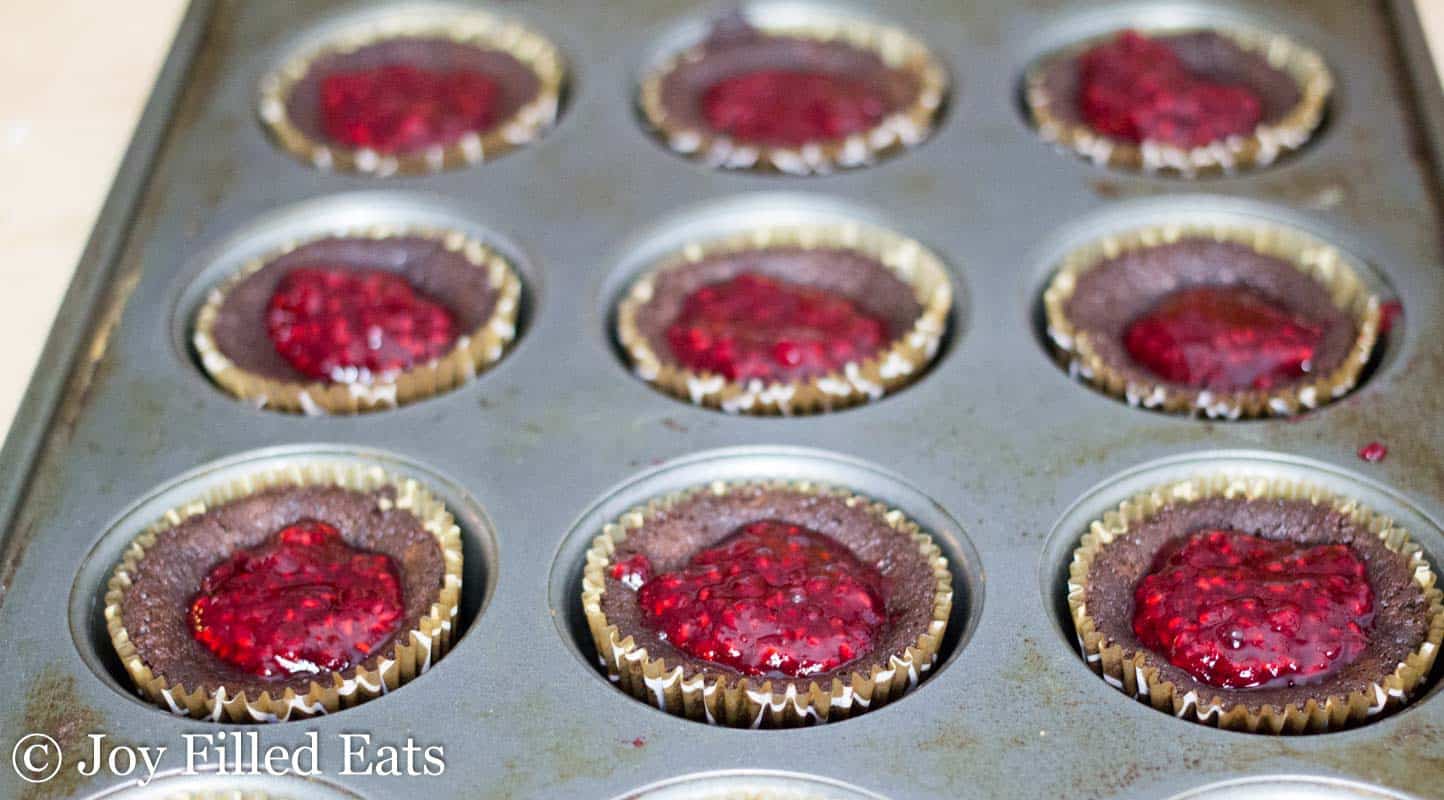 Indent in your Cupcakes?

That is the perfect place to hide a special filling. It is easier than having to dig some of the cake out and saves from all the waste of the centers of the cupcake. Or saves you from eating them all as you go like I do. 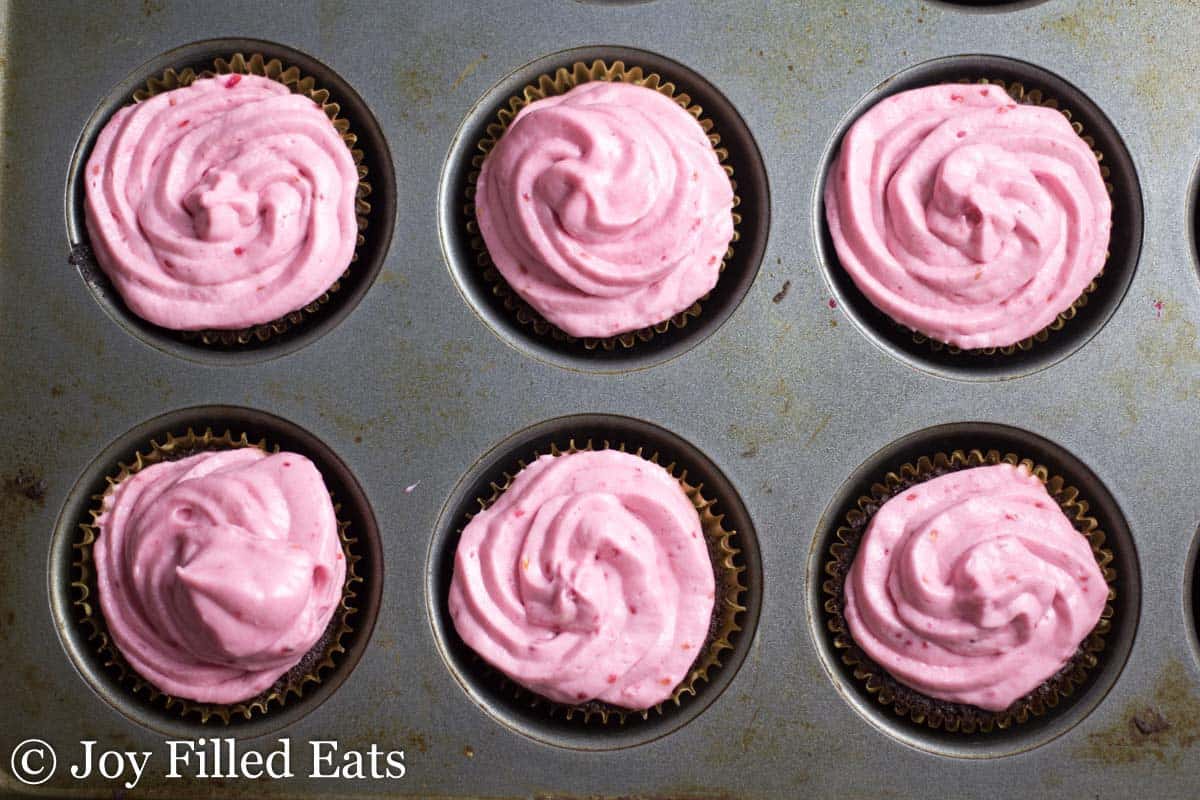 Other Recipes for New Year's Eve or other special occasions: 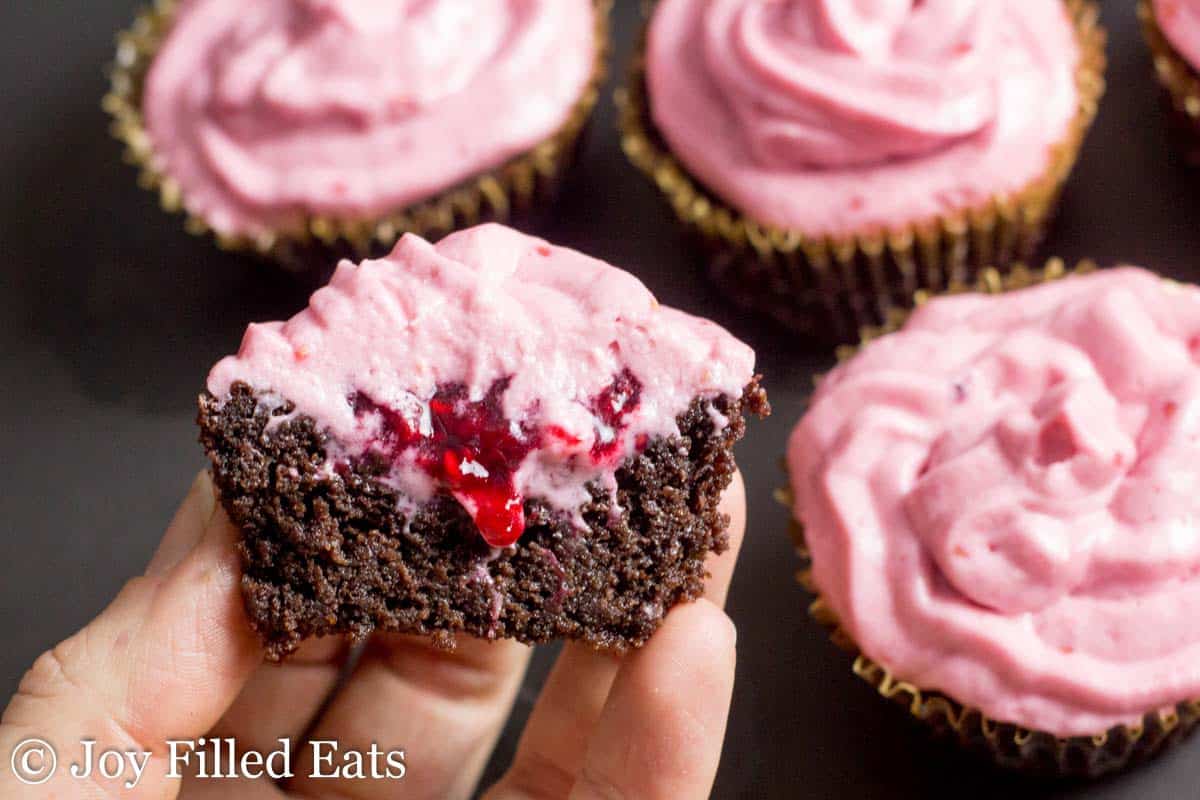 *** You may substitute raspberry seltzer for the champagne if you prefer.
Notes on Sweeteners:
I use my own blend of xylitol, erythritol, and stevia in my recipes. This is twice as sweet as sugar. It is comparable to Trim Healthy Mama Gentle Sweet and Truvia.
To sub in Swerve or Lakanto Monk Fruit use 1.5 times the amount of sweetener called for.
To sub in Pyure or Trim Healthy Mama Super Sweet use half the amount of sweetener called for.
Substitutions will work in most recipes. They may not work in candies, such as caramel.

Hello and welcome to Joy Filled Eats! I’m Taryn. The kitchen has always been a joy filled place in my life. Even in the midst of dieting and weight loss food should 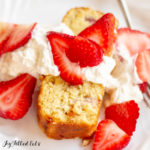 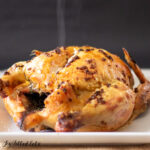 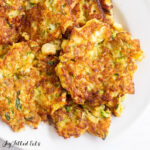 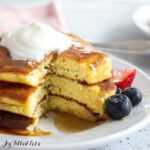