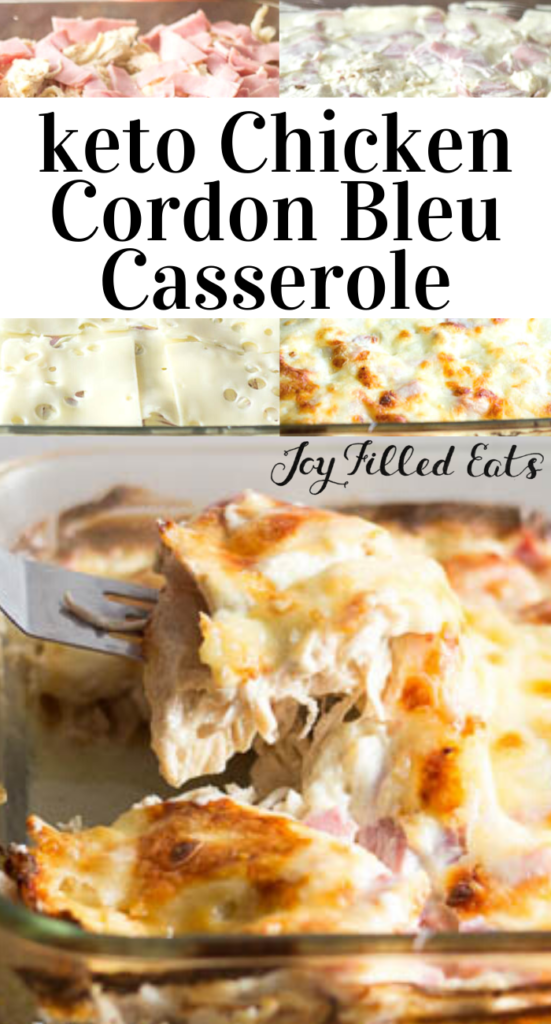 This Chicken Cordon Bleu Casserole will knock your socks off. It is so much easier than a traditional rolled and breaded cordon bleu and has even more flavor. With chicken, ham, and swiss in a creamy dijon sauce, you won't miss the breading one bit. Since you aren't coating or stuffing the chicken it is quick and easy. This is pure comfort food and an easy main course dinner. This easy recipe is low carb, keto, gluten free, grain free, sugar free, and Trim Healthy Mama friendly. 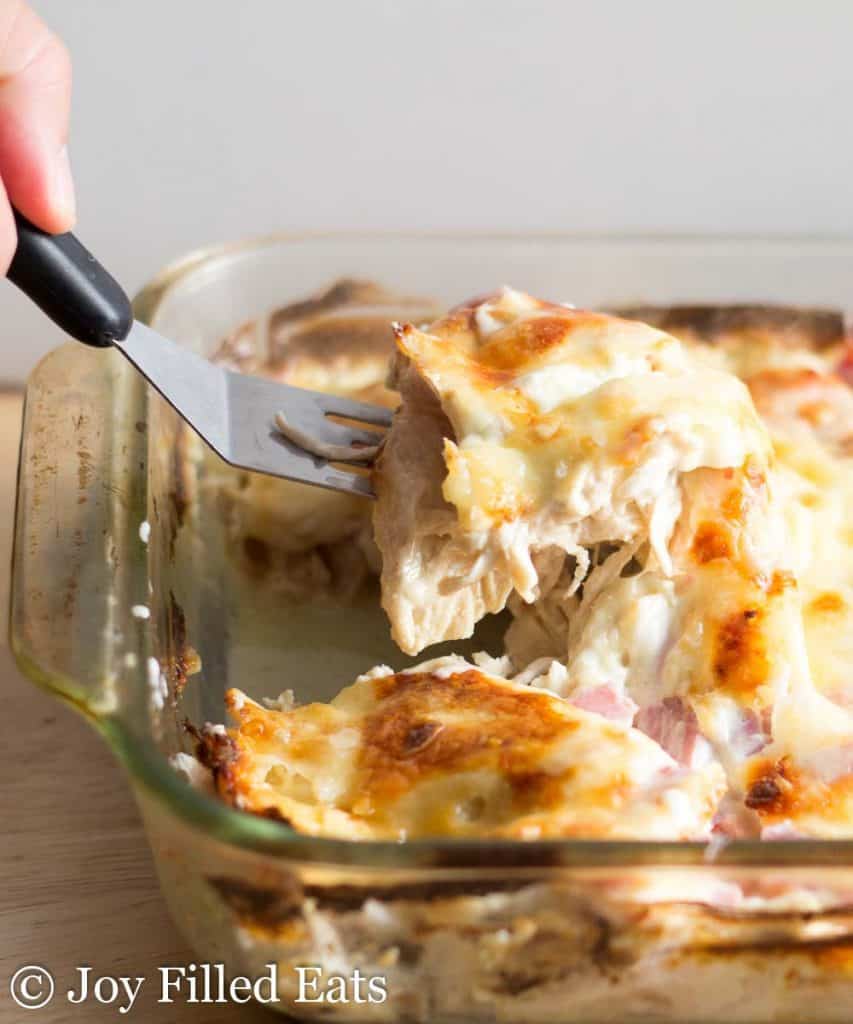 I love chicken cordon bleu. But it's always breaded.

My casserole version was a hit with my family. I wasn't sure if the kids would like the swiss cheese (honestly, I'm not a huge swiss cheese fan) but it worked so well with this flavor combination there were no complaints. 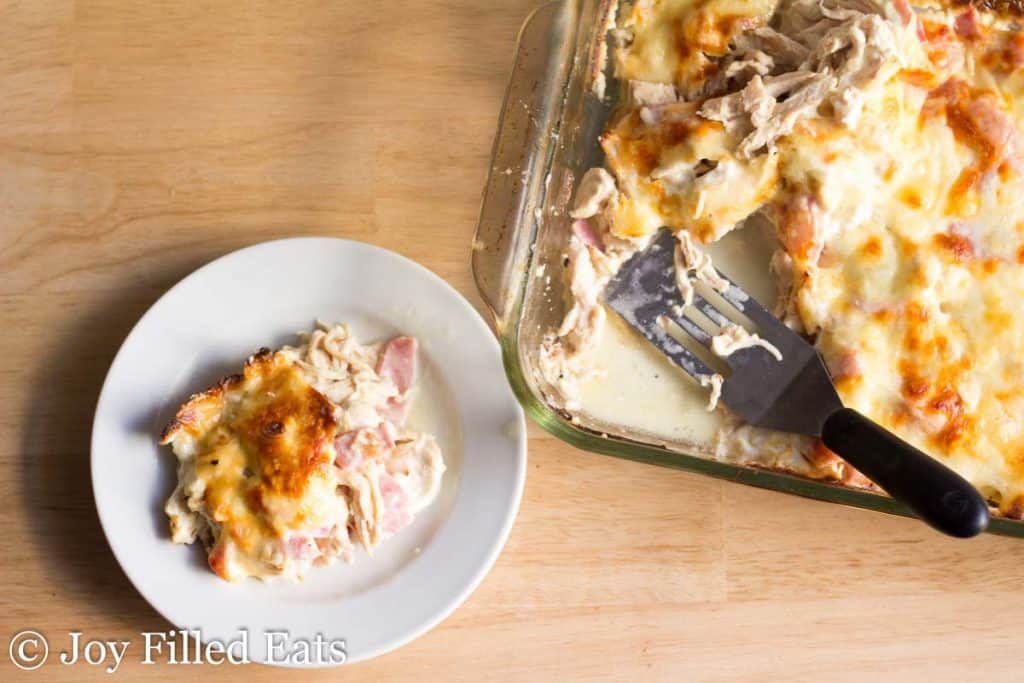 The origins of cordon bleu as a schnitzel filled with cheese are in Switzerland, probably about the 1940s, first mentioned in a cookbook from 1949. The earliest reference to "chicken cordon bleu" in The New York Times is dated to 1967, while similar veal recipes are found from at least 1955.[6] 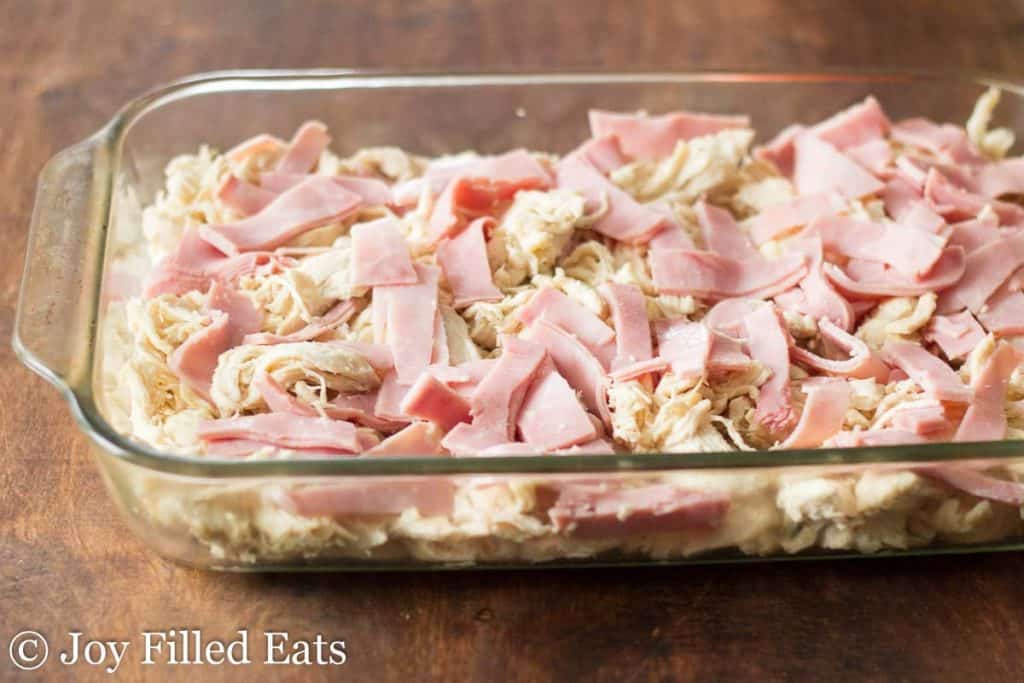 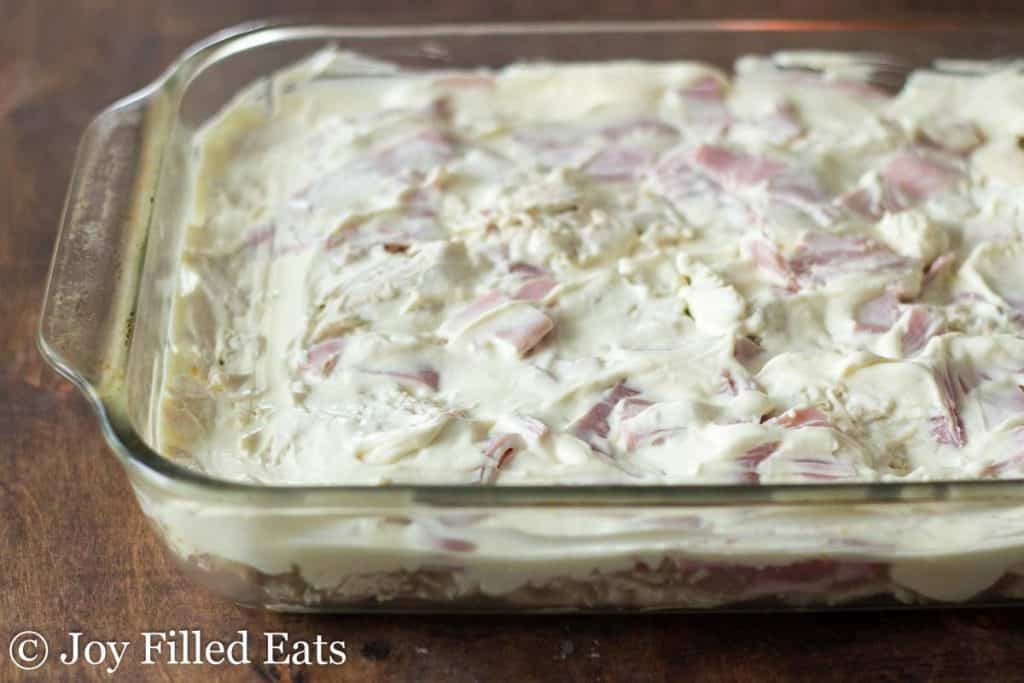 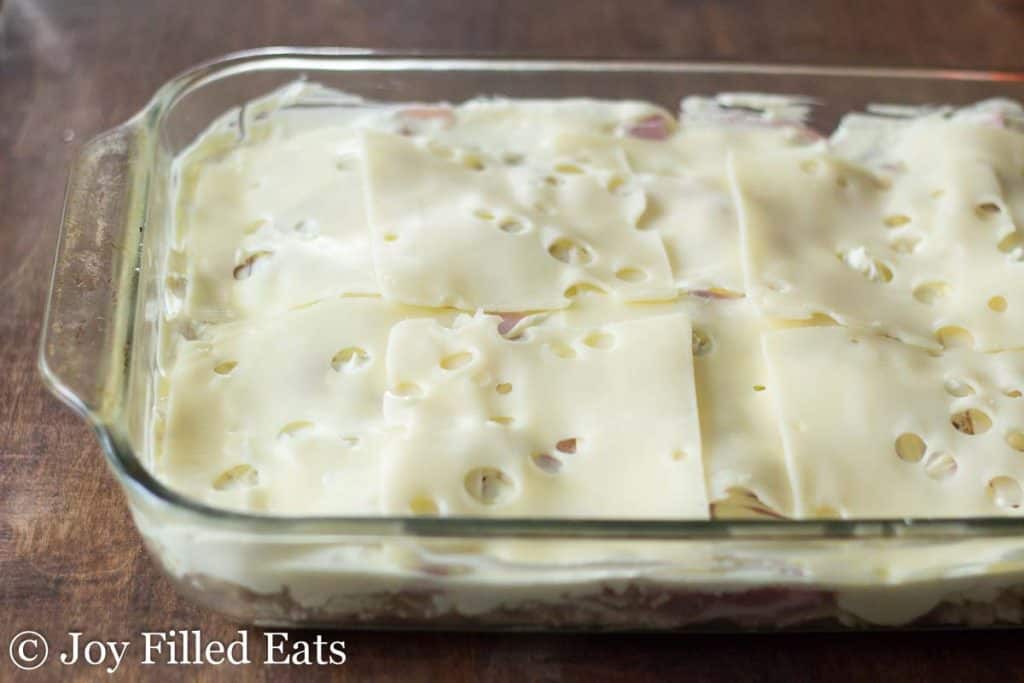 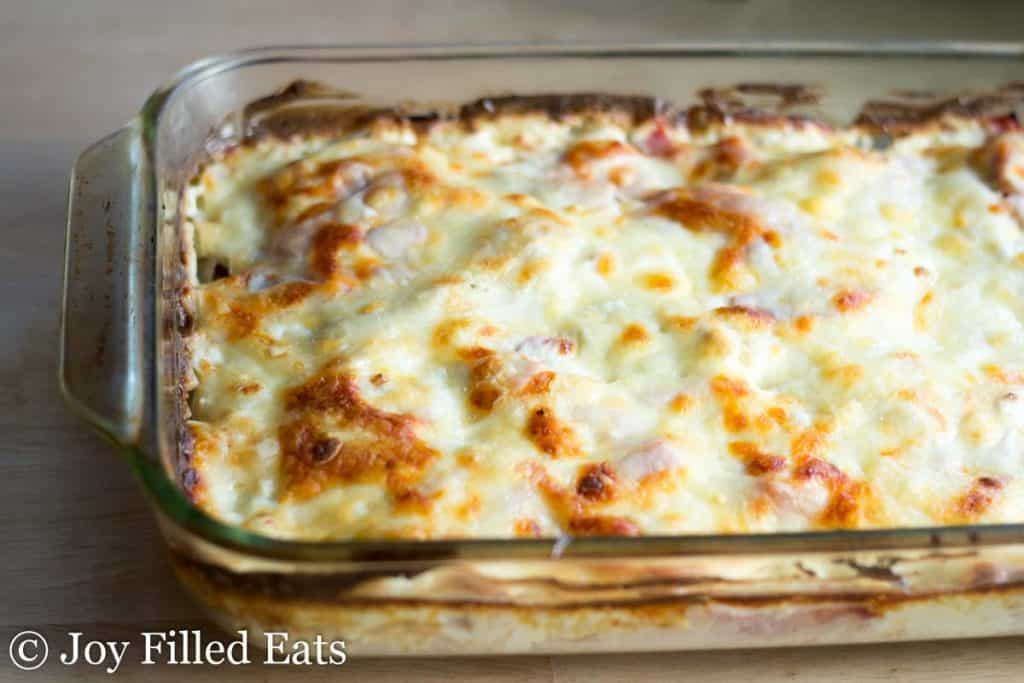 I've had readers sub in other mild cheeses like provolone, mozzarella, or Havarti so feel free to tailor this to your family's tastes. 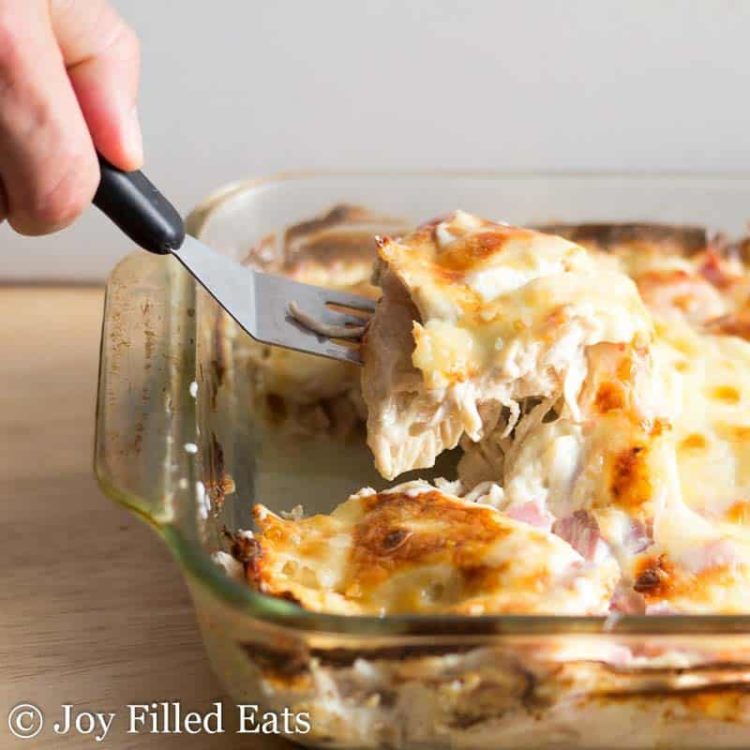 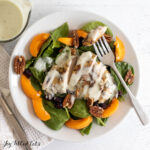 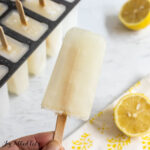 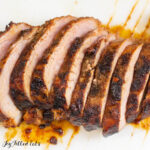