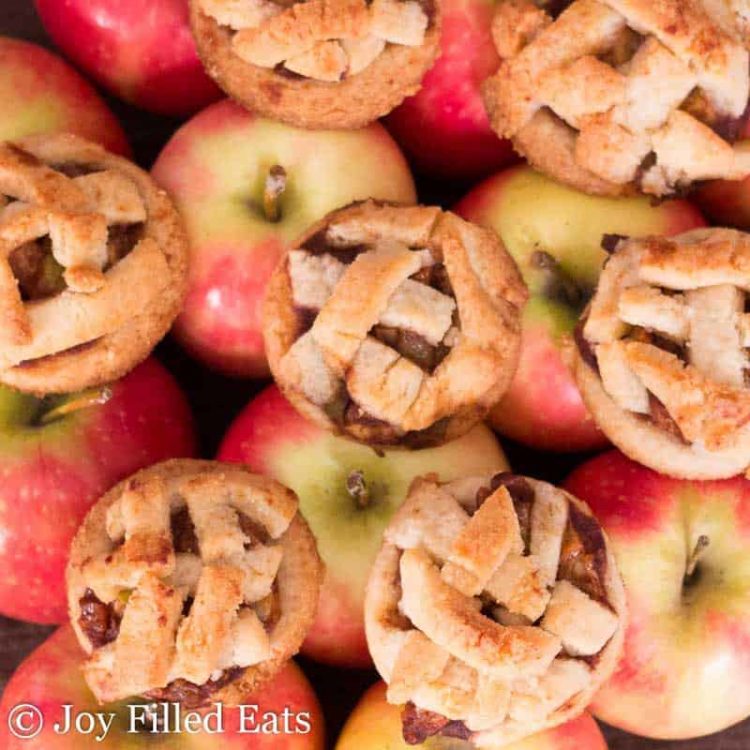 Tender golden dough made into cute little apple pie cookies. They are low carb and keto because I use a mock apple filling. 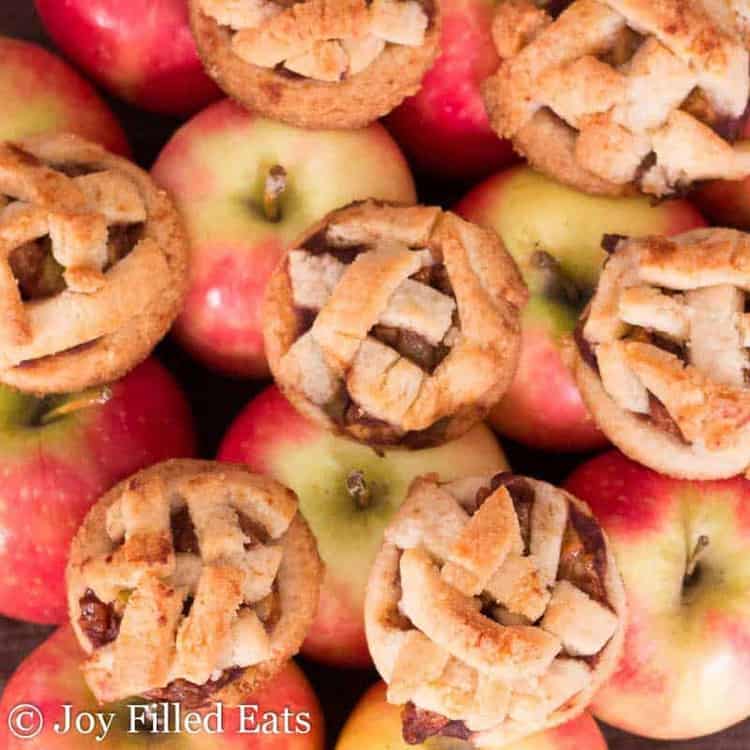 When I saw the pin for these Apple Pie Cookies from Passion For Savings I know I wanted to make a healthy version. They are just so cute. My 'Apple' Pie Cookies don't actually contain apples and they are low carb, keto, gluten-free, and sugar-free.  Keep reading to find out my secret...

I was a bit nervous subbing zucchini for apples in a dessert. I have very sensitive taste buds. I could taste that my faux apple filling was really zucchini a tiny bit after I sauteed it and a tiny bit less in the cookies. Even being able to taste that it is zucchini instead of apple wasn't unpleasant. Zucchini has such a mild flavor it works well in baked goods.

The real test with my ten-year-old son. Apples have been one of his favorite fruit since he was a baby. I handed him one of these apple pie cookies yesterday.

He prefers crumb topping to pie crust just like his dad. But the take away from this conversation was the fact he had no idea this was zucchini. And I'm not going to tell him. I'm just going to chuckle under my breathe and keep my healthy mom secrets. 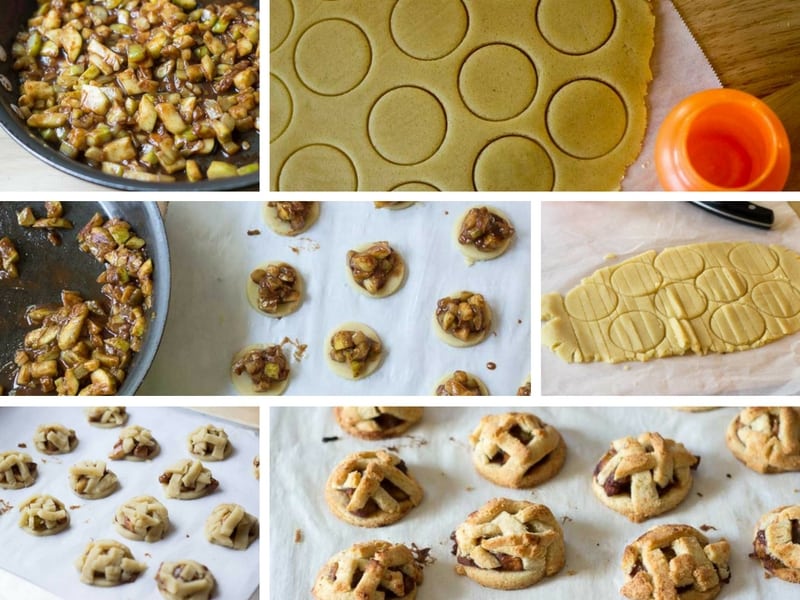 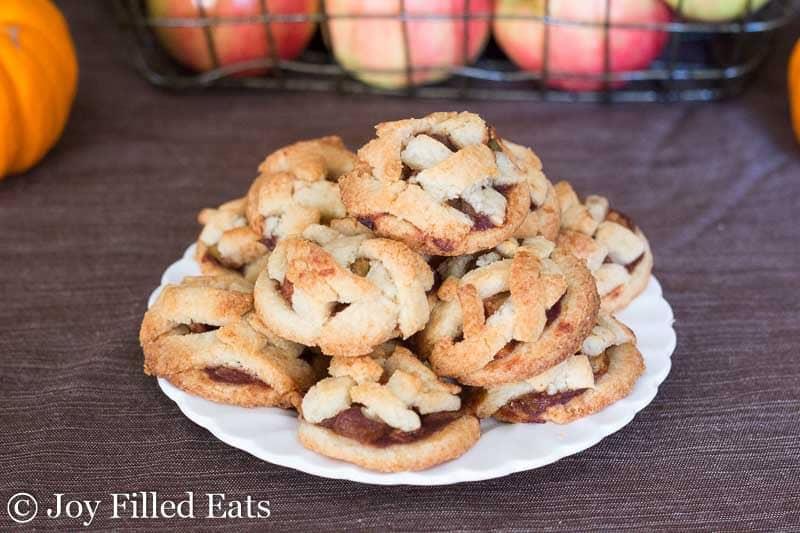 Here are some other great recipes that use zucchini in place of apples:

Apple Dumpling Cake from Wonderfully Made and Dearly Loved

And for a change try my jicama-based Keto Apple Crisp! Or go crazy and try my Keto Apple Cake or Keto Apple Muffins that do use real apples! 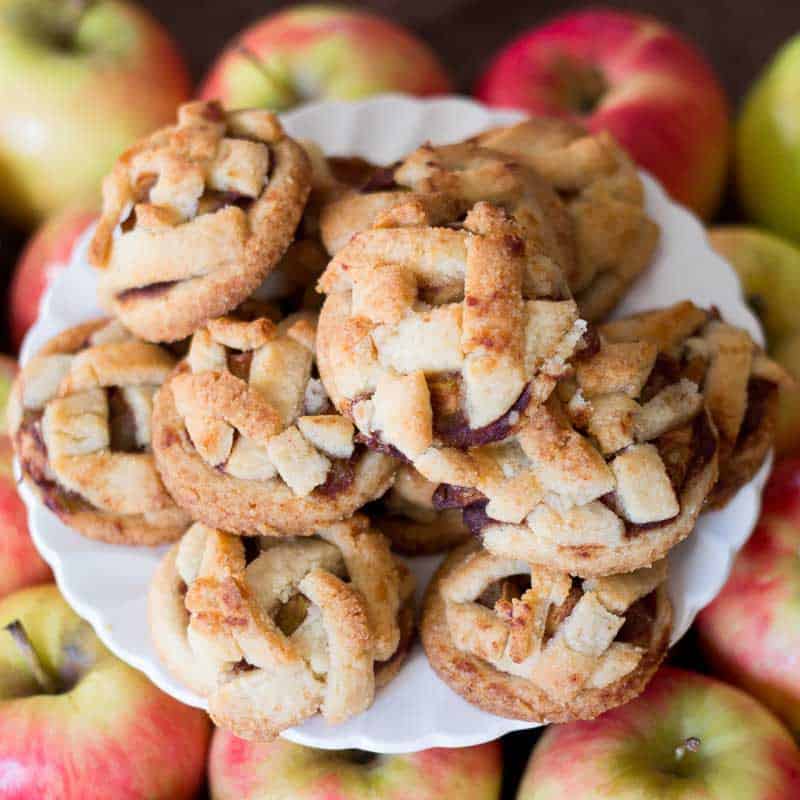 Looking for more fall flavors? Check out these: