This post may contain affiliate links which won’t change your price but will share some commission.
3053shares
Print Recipe Jump to Recipe 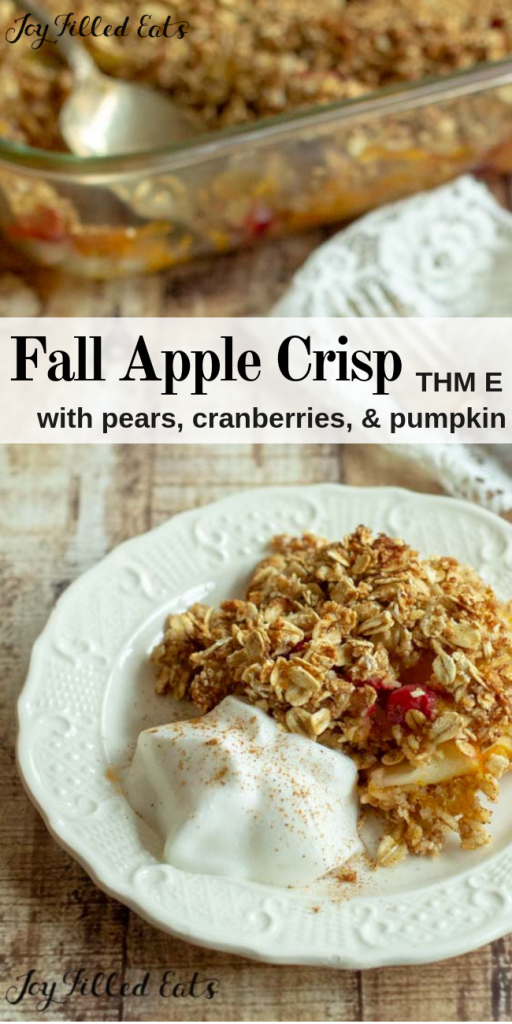 This sugar-free Apple Crisp with Oats, Pears, Cranberries, & Pumpkin is the epitome of fall in a bite. 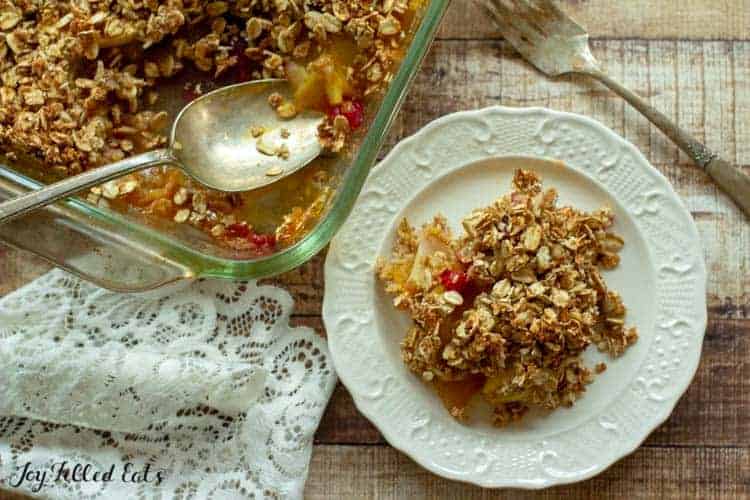 This healthy apple crisp recipe is for my Trim Healthy Mama readers. It is an E (or energizing) recipe which means it has a healthy amount of carbs and is low in fat. I tend to lean on S recipes (low carb) here at Joy Filled Eats but I still love fruit which is one of the reasons why I do Trim Healthy Mama instead of a low carb diet. Trim Healthy Mama balances all the food groups and all the nutrients your body needs. I'm still nursing my baby so I like to get in my healthy carbs when I can. Most of the time my E meals are rolled up turkey plus a piece of fruit at lunchtime. I need to branch out a little more and this delicious apple crisp with oats is a great way to try to do this. 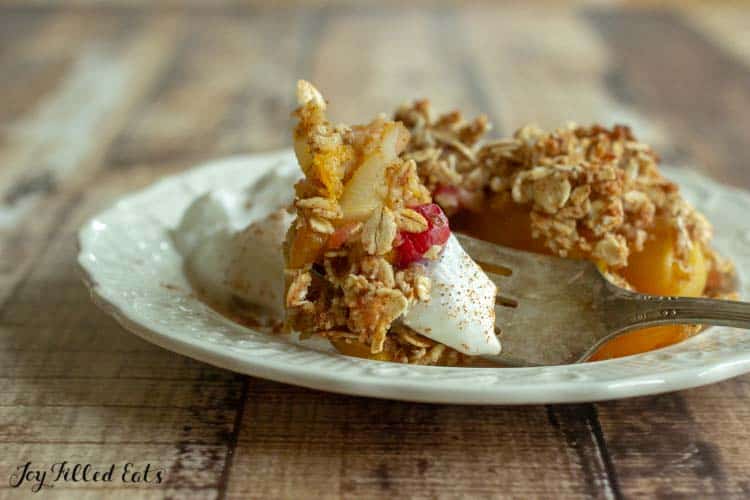 How to Make Apple Crisp with Oats

Apple crisp is one of the easiest desserts to make. Really! My 9-year-old can make this healthy apple crisp almost entirely on her own. You just need to peel and cut the apples (a thin slice apple cutter helps with this) and stir in the rest of the ingredients. Dump in a baking dish, stir together the oat crisp ingredients and then sprinkle them on top. Bake and enjoy! 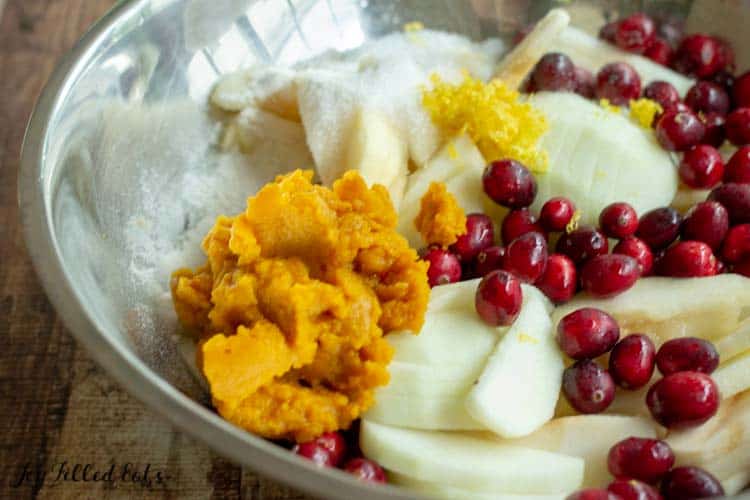 I figured why not incorporate all the best flavors of the fall into one dessert. Pumpkin, pears, apples, cranberries, and a little cinnamon all at once. One of my favorite cookbooks is called Apple Pie Perfect. I have read it cover to cover (I love cookbooks) and one of the recipes uses cubed sugar pumpkin. I decided to use pumpkin puree in this adaptation to keep things simpler but there is still a nice pumpkin pie flavor in the apple crisp. 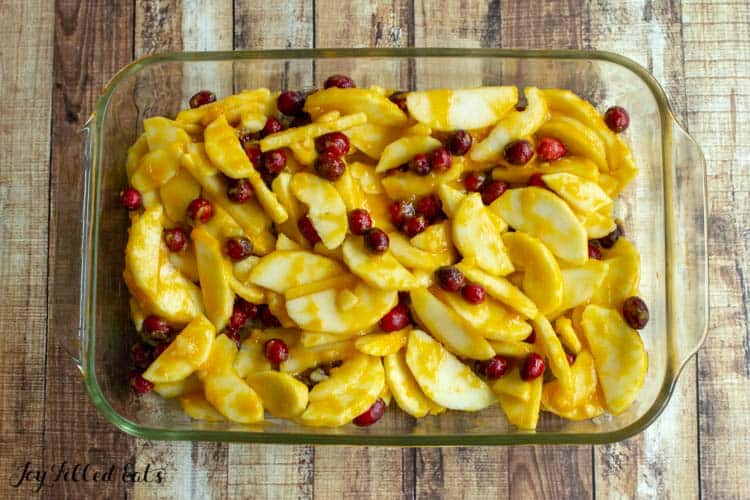 How to make a Low Fat Apple Crisp Topping

One of the requirements for a Trim Healthy Mama E meal is that it needs to have less than 5 grams of fat per serving. When making an oat crisp topping I traditionally use a whole stick of butter. To keep this within the guidelines I cut back on the butter and added a little cottage cheese in its place. Cottage cheese in apple crisp? I promise you cannot taste it a bit! 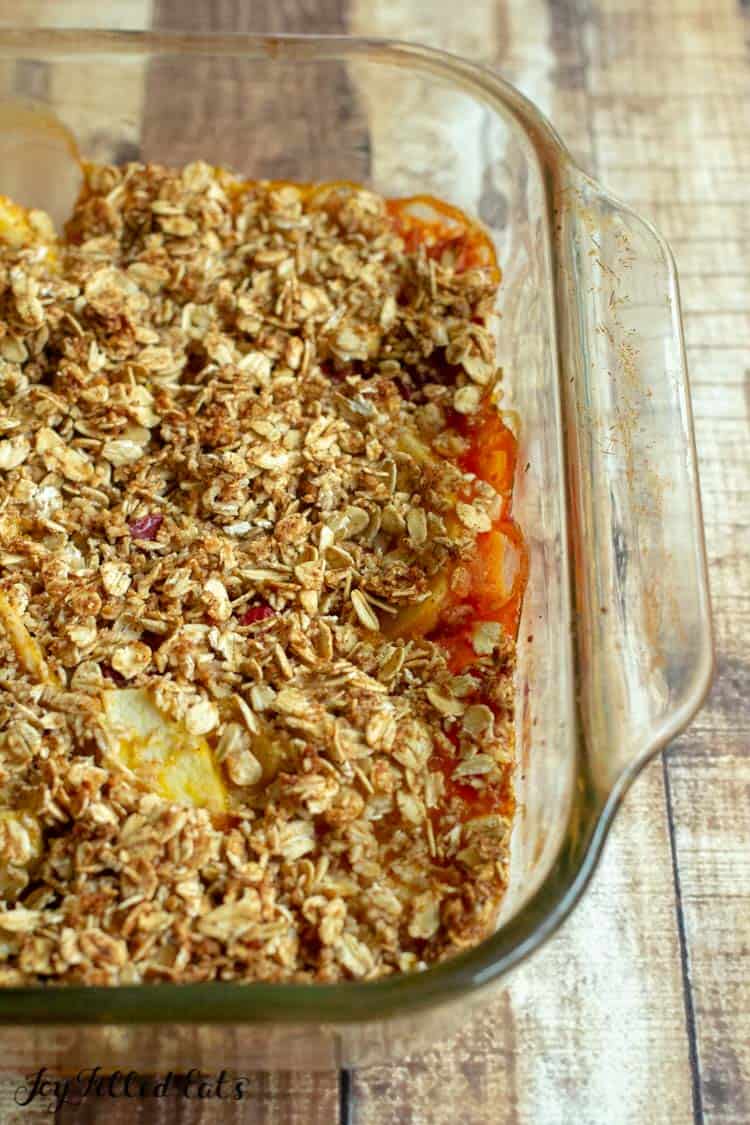 I like to use an assortment of firm and soft apples in my apple crisp with oat topping. My family went apple picking a couple weeks ago and we picked Fuji, Empire, Macoun, and some more heirloom varieties. To be honest, once we got home I forgot which was which. I just took a random assortment and began baking. It worked! As long as you don't use all soft apples, like Macintosh, you should be good! 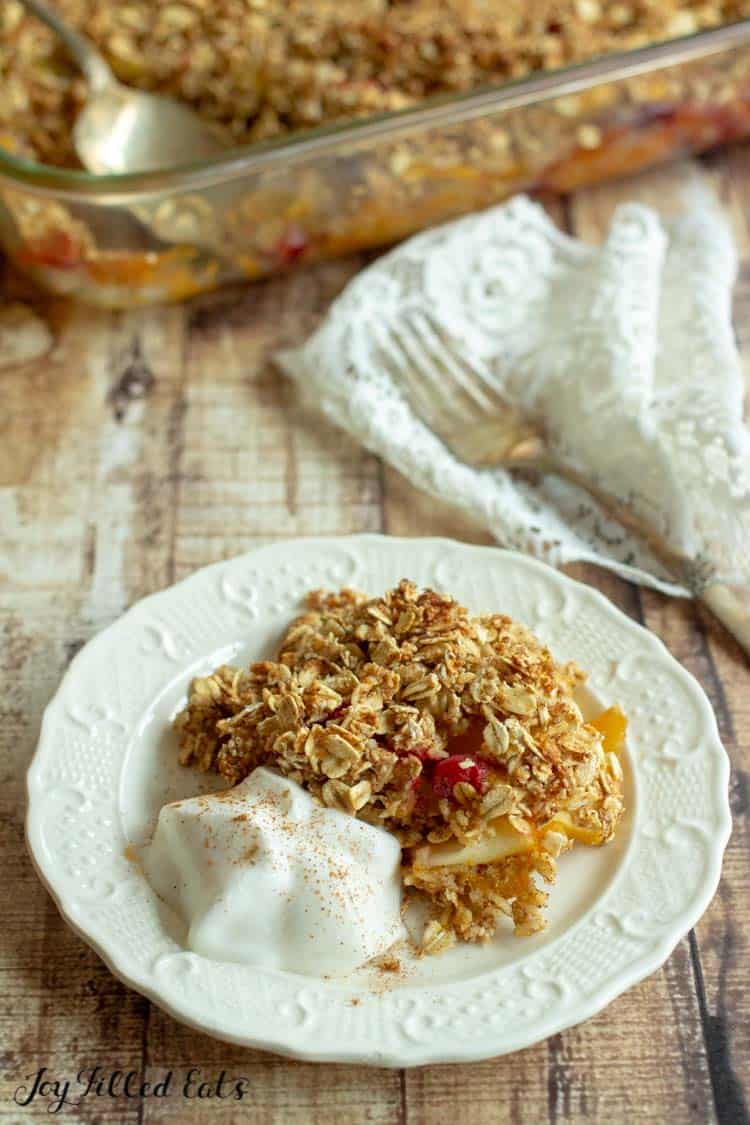 You can see my other E recipes by clicking here.

Notes on Sweeteners:
I use my own blend of xylitol, erythritol, and stevia in my recipes. This is twice as sweet as sugar. It is comparable to Trim Healthy Mama Gentle Sweet and Truvia.
To sub in Swerve use 1.5 to 2 times the amount of sweetener called for.
To sub in Pyure or Trim Healthy Mama Super Sweet use half the amount of sweetener called for.
Substitutions will work in most recipes. They may not work in candies, such as caramel. 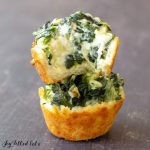 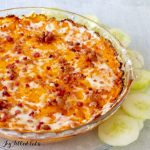 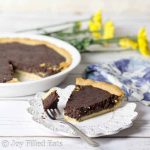 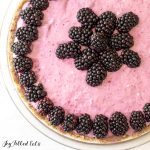 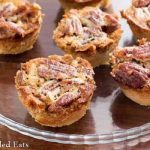 We are a participant in the Amazon Services LLC Associates Program, an affiliate advertising program designed to provide a means for us to earn fees by linking to Amazon.com and affiliated sites. All recipes, headnotes, photos, and stories on this site are the original creations and property of Joy Filled Eats. You are welcome to share a photo and link to the recipe from this site, however, re-publishing the recipe in its entirety is strictly forbidden.