This Triple Berry Cake has a layer of berries hidden by a fluffy cream cheese frosting. The juice from the berries soaks into the cake under them keeping it moist and flavorful. It is simple but delicious and easy enough to make often.

My husband and I celebrated our 13th wedding anniversary this past summer. A few months before it I decided I wanted to remake our wedding cake. And then a few weeks after our anniversary I realized I had forgotten all about my special dessert idea. So I made this version last week. As they say, better late than never, and this was less than a month late. Not too bad.

My wedding cake was a white cake with a berry filling and cream cheese icing. It was my compromise because as a young couple with a limited budget we couldn’t afford the fondant covered cake I really wanted. I toyed with the idea of making our wedding cake but was talked out of that idea pretty quickly. I did make berry sorbet that we served along with this cake. I’ll add a recipe for that sometime. Promise. 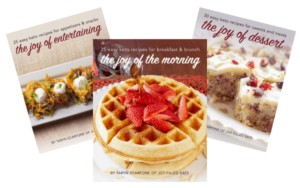