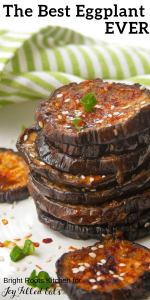 Looking for a quick side dish for dinner? This Sweet and Sticky Oven Roasted Eggplant is healthy, gluten-free and cooks in no time. These vegan eggplant “steaks” are roasted in the oven to bring out the natural sweetness of the eggplant. 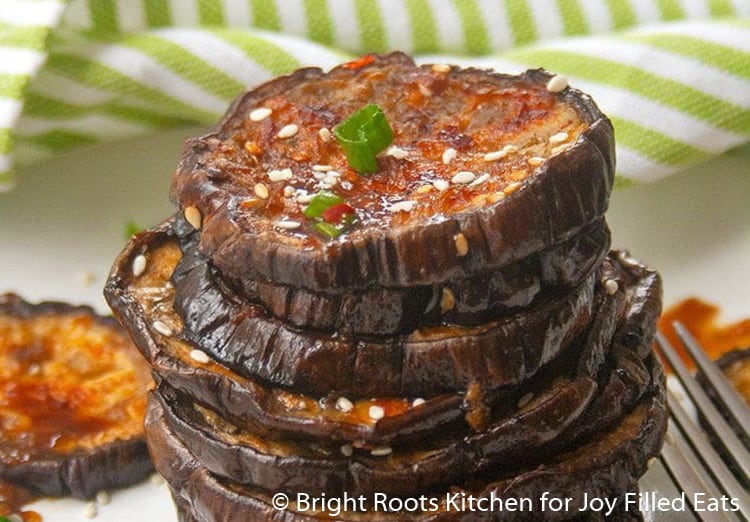 Eggplant has always seemed like an enigma to me as far as vegetables go. They’ve got an oblong shape, a spongy texture and have no real discernible smell when raw. Before I’d ever tried it, I remember thinking to myself “How do you even cook eggplant?”

I attempted to cook it on various occasions, trying to mimic restaurant dishes. Sometimes it was greasy, other times mushy and sometimes still raw in the middle. So what was the secret to getting the odd purple veggie to cook correctly? 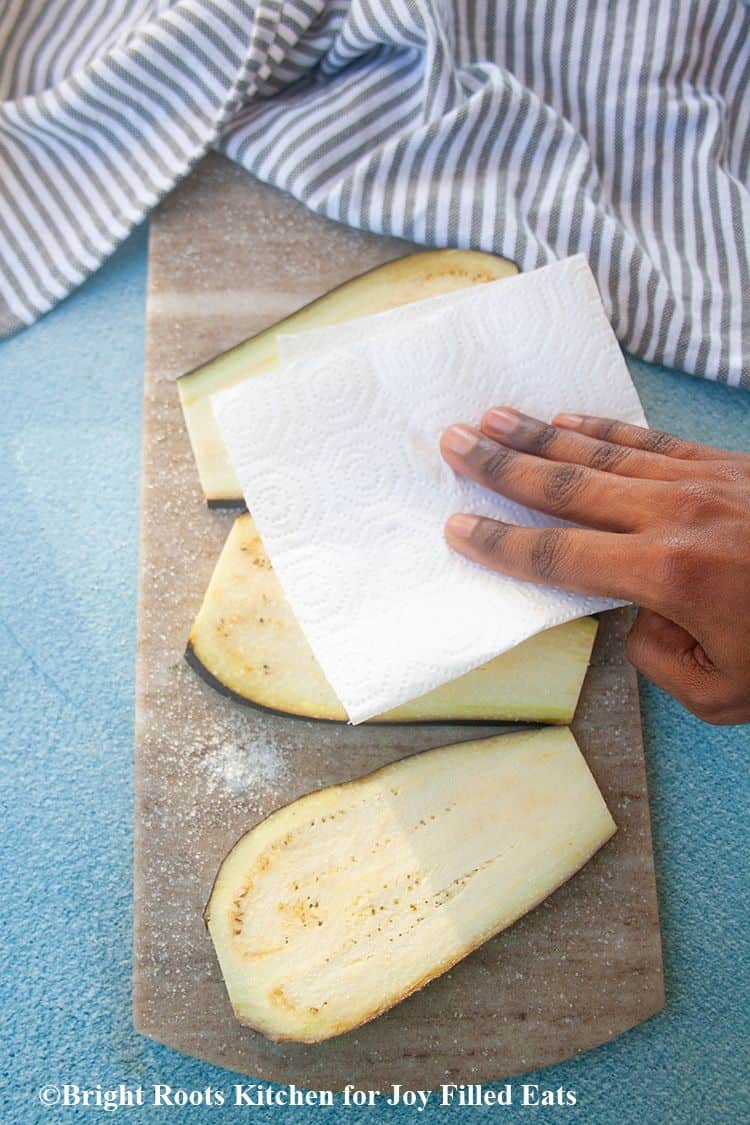 How to cook eggplant perfectly every time:

Low and behold, the secret is in the prep! Since eggplants are high moisture vegetables like mushrooms, you need to draw that moisture out in order to get crispy, evenly cooked eggplant.

Here’s what you do:

Salting the eggplant draws out all of that excess moisture while also seasoning your eggplant. When the excess moisture is removed the eggplant can more easily absorb sauces and marinades. The salting also keeps the eggplant from steaming, which is important for this recipe. This eggplant is smeared with a garlic soy inspired sauce, so you’re gonna want to have all of the flavors seep into this meal! 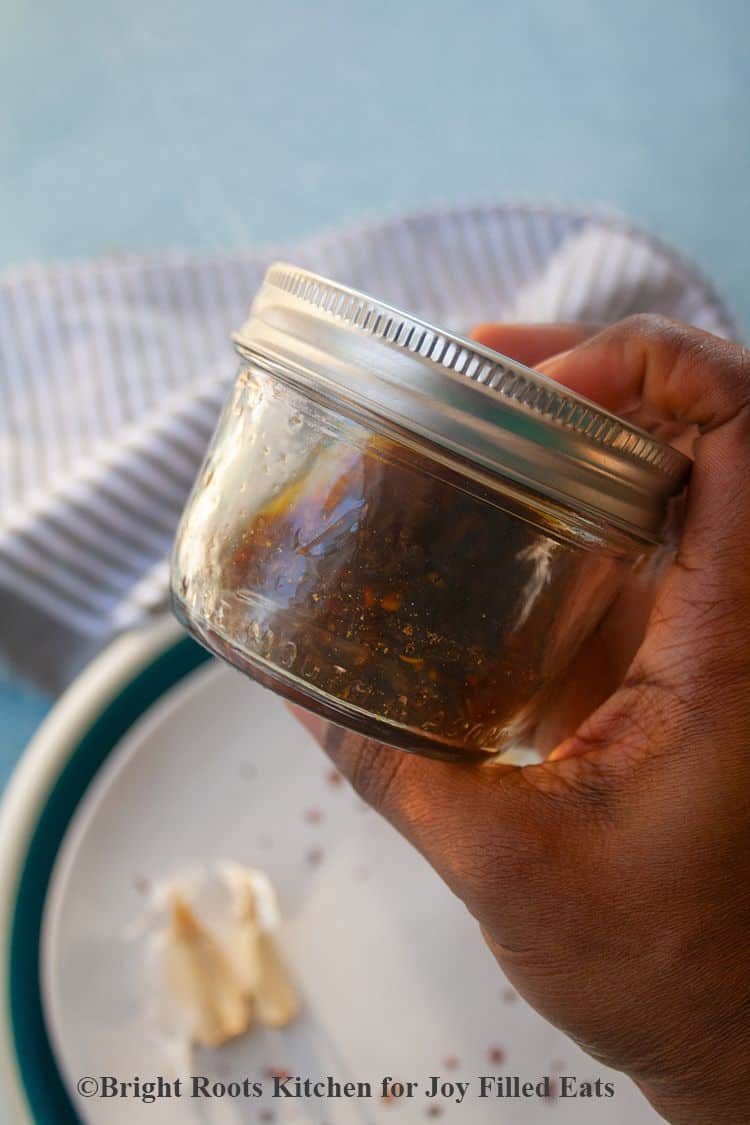 How do you make the sweet and sticky glaze for this oven roasted eggplant?

No fancy gadgets needed here. If you have a seal-able jar and 30 seconds you have eggplant glaze. The prominent flavors in this sauce are coconut aminos, garlic, cumin, and sesame oil.

All you have to do is put all of the ingredients in a mason jar and shake vigorously until it forms a salad dressing like consistency.

What else can you do with the eggplant glaze?

The eggplant glaze sauce in this recipe is a spin on a soy garlic sauce. Instead of soy sauce though, I use coconut aminos. If you’ve never used it, it has a soy flavor but it’s sweeter and naturally gluten-free. It’s very versatile and by no means overpowering.

Because of that, this glaze can be used in many ways, beyond in this healthy eggplant recipe including: 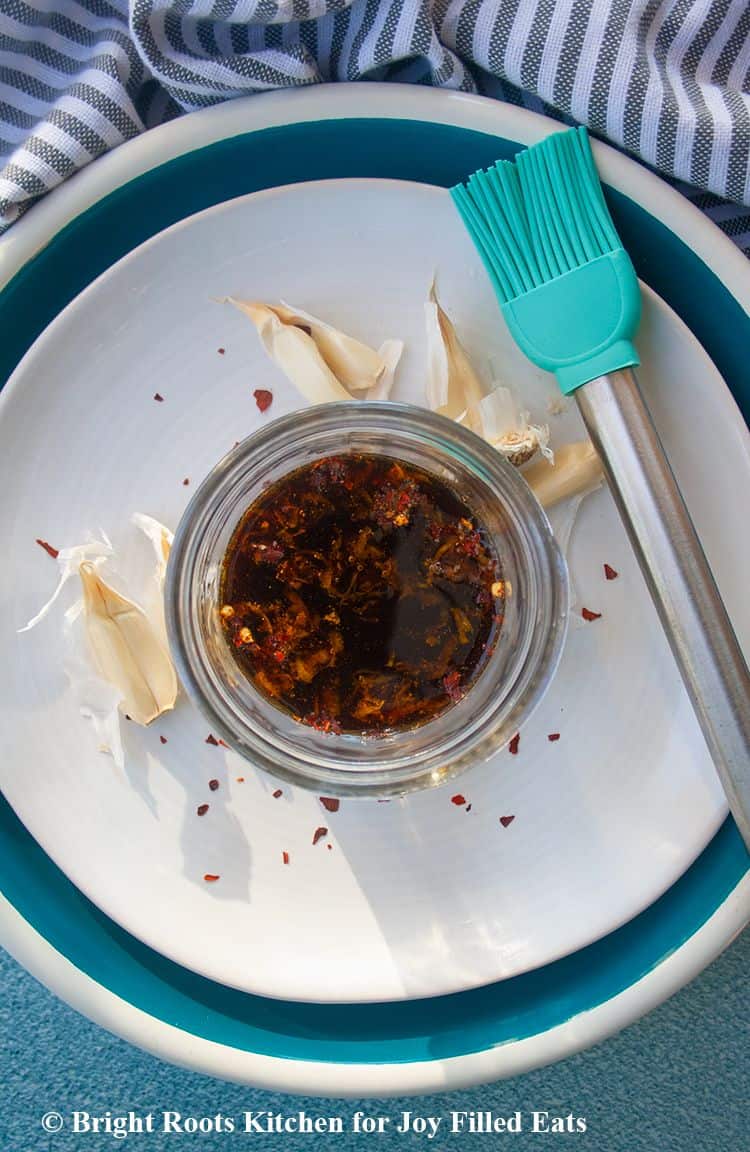 How do you know when the eggplant is cooked?

When cooking eggplant, you want to look for a balance between tenderness and crispness. It’s very easy to under-cook eggplant, so you’ll want to do a few things when you cook it. 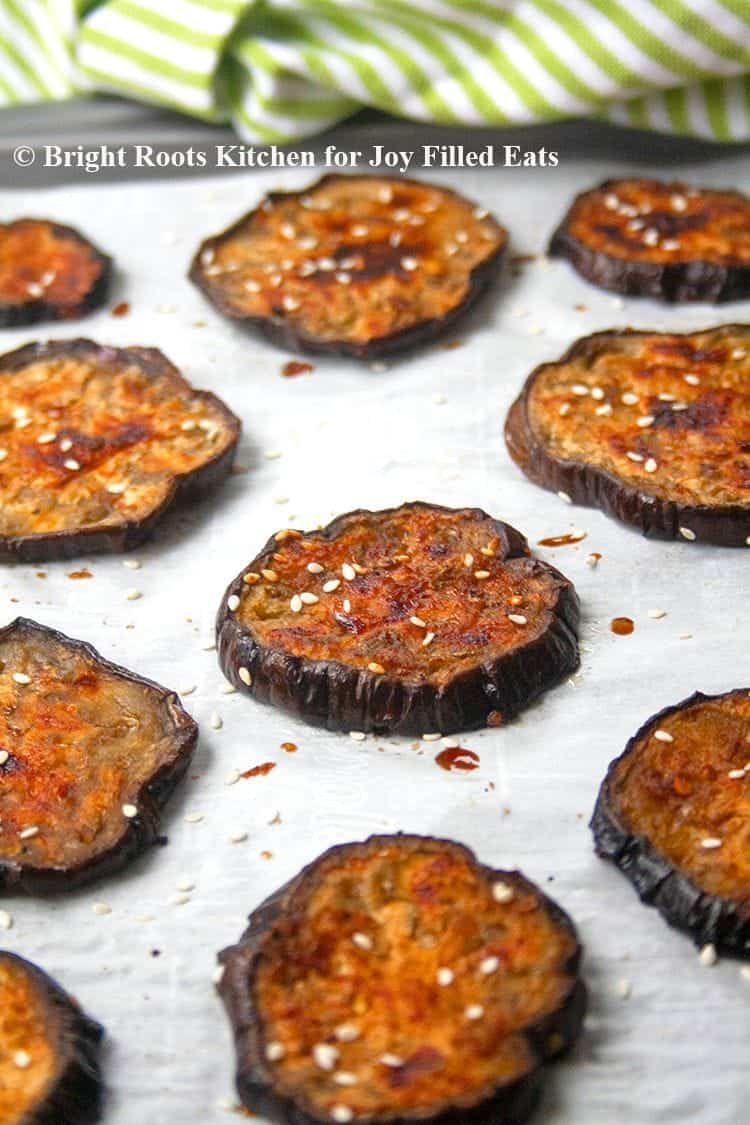 What does this oven roasted eggplant go well with?

Since this oven roasted eggplant is really flavorful on its own from the marinade, it goes better with a more mild side dish. 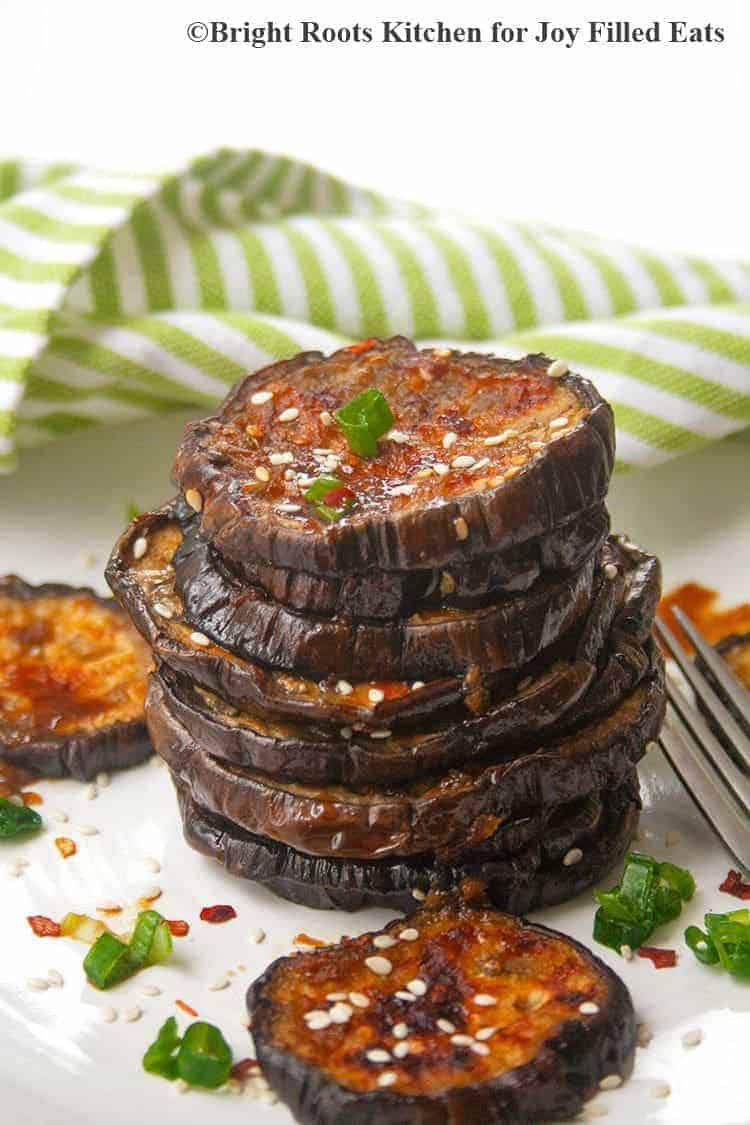 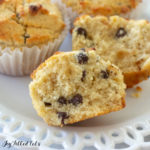 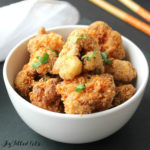 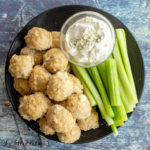 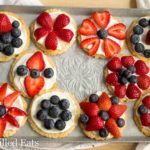 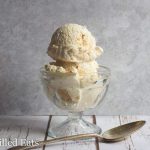 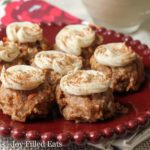