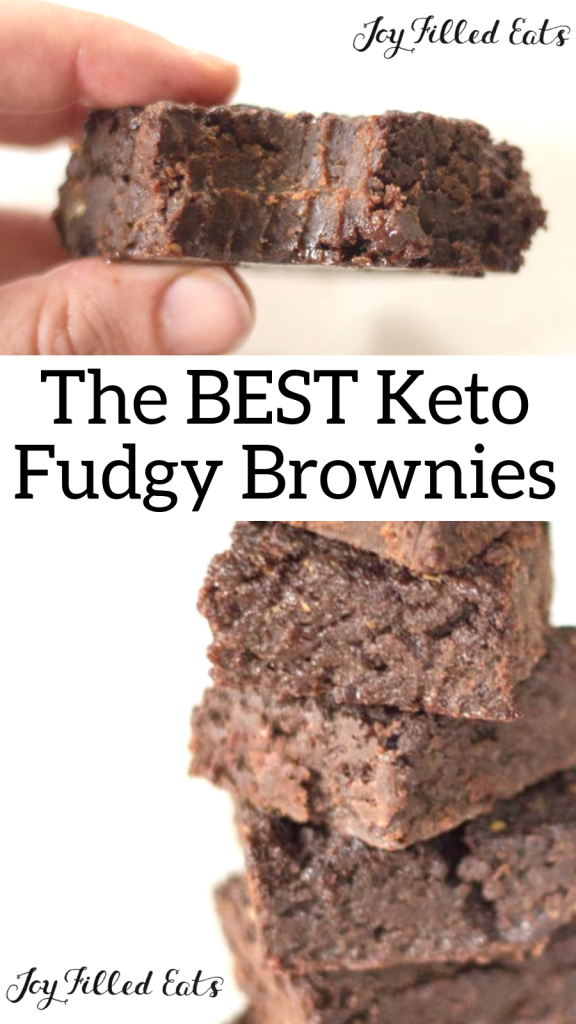 These are the fudgiest brownies I have ever eaten. And I'm a brownie girl. They are one of the desserts I find the hardest to resist at parties and BBQs. There is always a brownie with my name on it. With a batch of these coconut oil brownies in the freezer, I can pull one of these Keto Fudgy Brownies out when temptation calls. This easy recipe is low carb, keto, dairy-free, gluten-free, grain-free, sugar-free, and Trim Healthy Mama friendly. 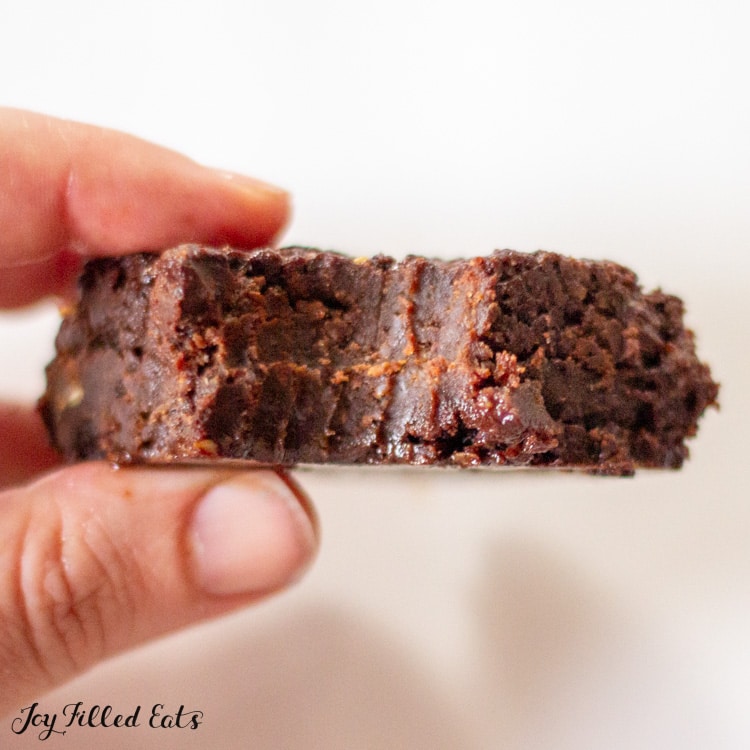 I've been trying to cut back on the dairy because I've been known to overindulge in that food group. Ice cream, cheese, heavy cream, and I are best buddies. I asked in the unofficial Trim Healthy Mama Dessert Group (<--- click to join) on Facebook if anyone had any dairy-free dessert recipes. And ya know what? One of the gals had made the base of my Pecan Praline Brownies dairy free by subbing coconut oil for the butter. Yay!

I decided to break my rule of not turning on the oven in July and make a double batch. Because if I'm going to bake I need to bake enough for a few weeks. I doubled the base from the other recipe, made a few tweaks along the way, and ended up with 2 dozen gorgeous, fudgy, dairy-free brownies. 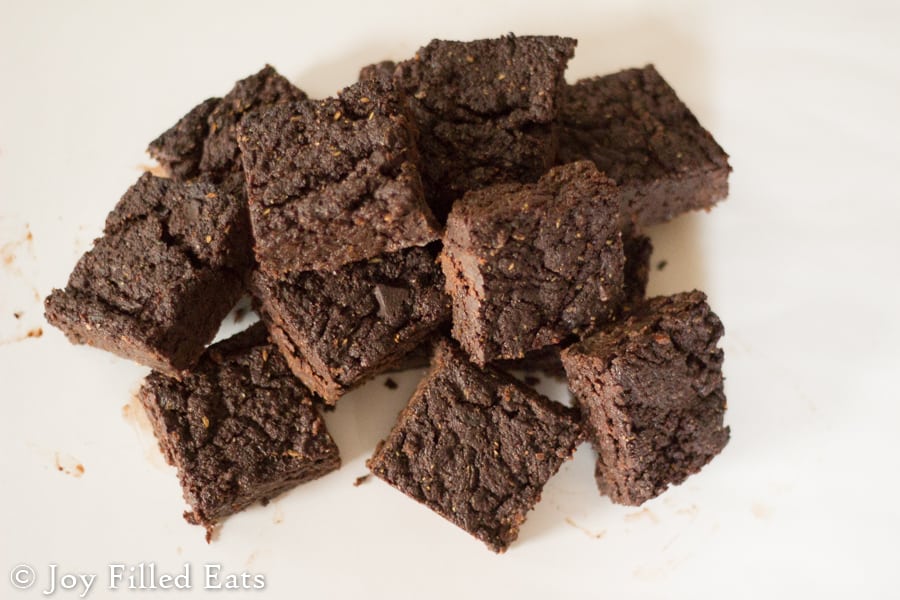 How to Make Keto Fudgy Brownies

Most of my brownies start with unsweetened chocolate. You can make brownies with cocoa powder instead (like these low carb brownies) but I’ve found that melted chocolate brownies are fudgier. Just melt the unsweetened chcolate along with the coconut oil and then stir in the other ingredients. It's easy! 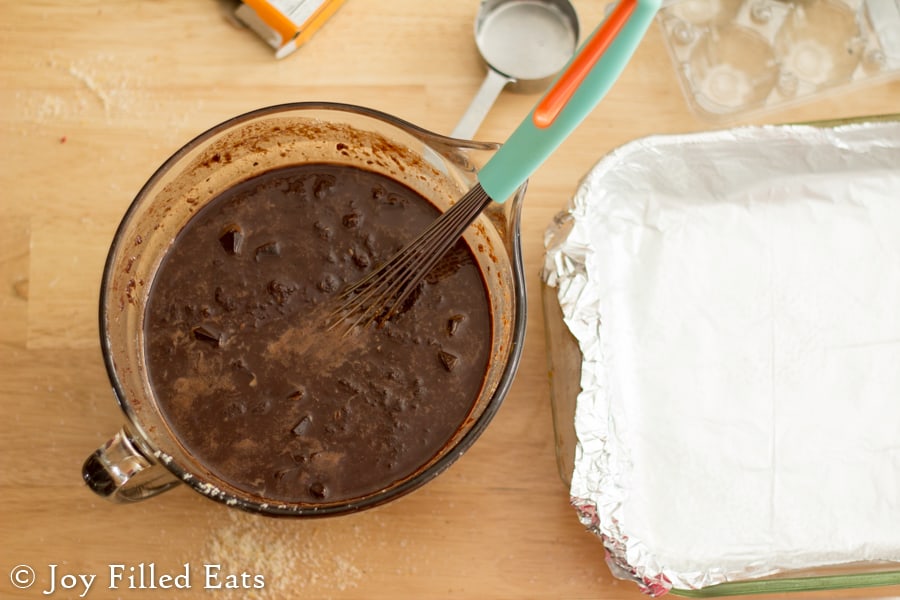 Sugar-Free Sweetener - I like to use a blend of xylitol, erythritol, and stevia in my recipes. You can purchase this pre-mixed from the Trim Healthy Mama website or mix your own according to my recipe. By using a combination of sugar alcohols and stevia you can use half the amount required of regular sugar. Since these sweeteners can be more expensive this helps with my food budget.

Ground Golden Flax - Flax has a ton of fiber and the golden variety has a very mild taste. You can use the golden flax or sub in additional almond flour for this

Vanilla - With the price of vanilla being astronomical I decided to try a Mexican vanilla extract and have been happy with the results. It is much much cheaper than other vanilla extracts. I got 5 oz for under $6. 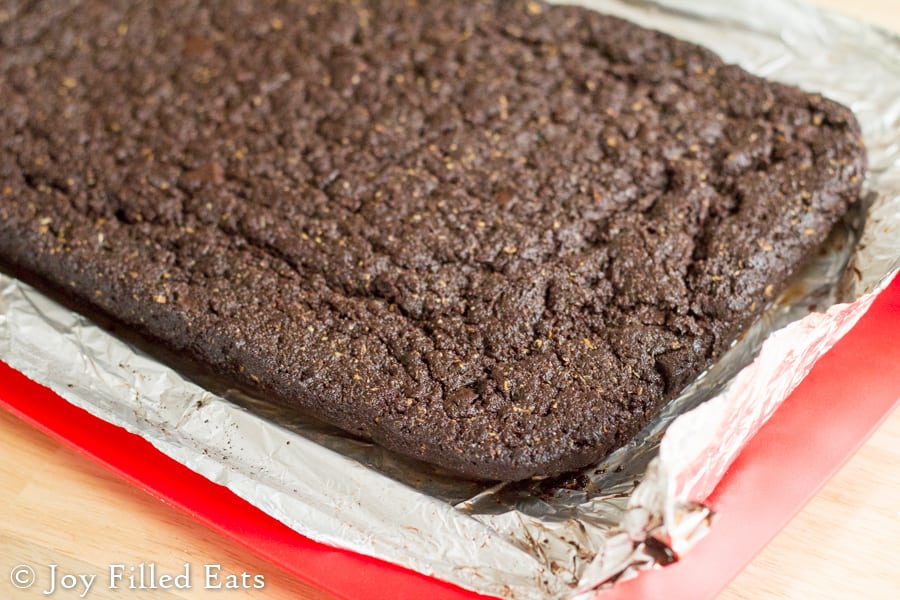 This recipe makes a 9 x 13 family sized batch of brownies. You can half it and bake them in an 8 x 8 pan for about 25-35 minutes but they will be a bit thinner.

Store in the fridge or freeze for later. If you freeze the fudgy brownies let them come to fridge temp before trying to bite one. When frozen they get pretty hard. They are best at room temp or cool out of the fridge. 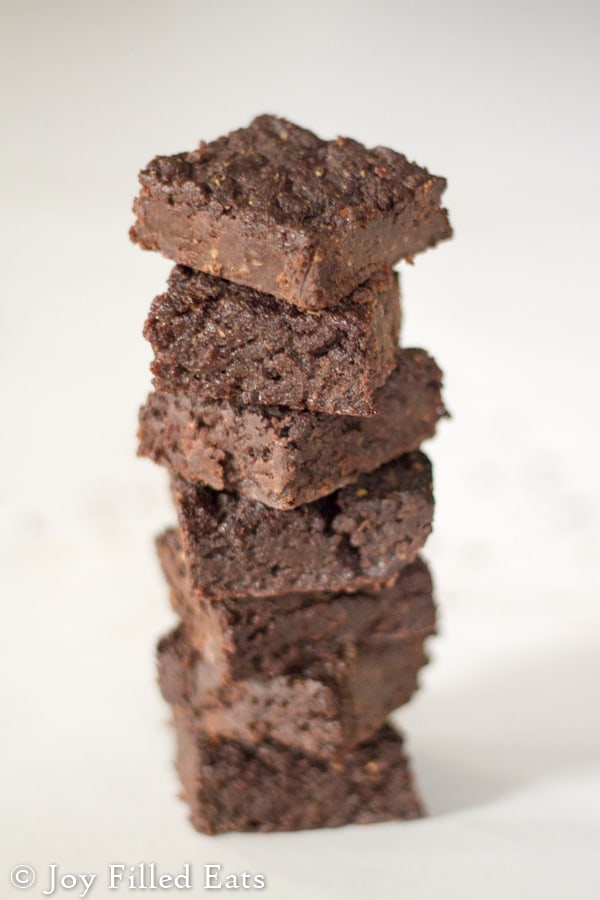 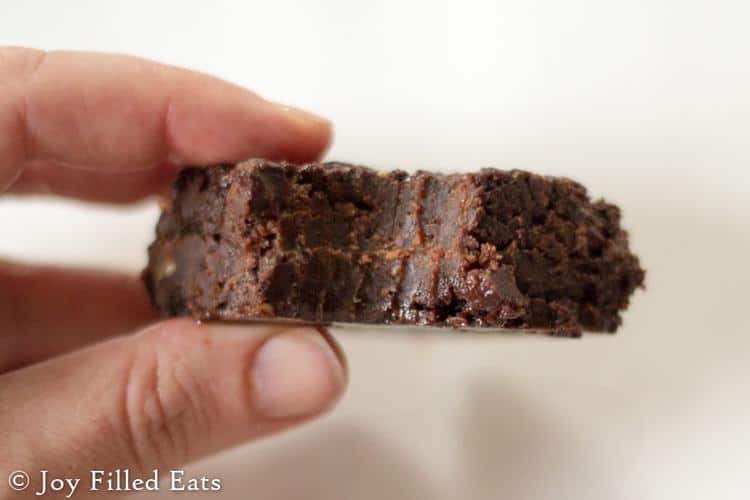 These Keto Fudgy Brownies are the most fudgy brownies I have ever eaten. With a batch of these coconut oil brownies in the freezer, I can pull one out when temptation calls.
Print Recipe Rate Recipe
Prep Time: 10 minutes
Cook Time: 45 minutes
Total Time: 55 minutes
Course: Dessert
Cuisine: American
Servings: 20
Calories: 148
Author: Taryn

*** OR Trim Healthy Mama Baking Blend in place of the almond flour, coconut flour, and flax. Notes on Sweeteners:
I use my own blend of xylitol, erythritol, and stevia in my recipes. This is twice as sweet as sugar. It is comparable to Trim Healthy Mama Gentle Sweet and Truvia.
To sub in Swerve or Lakanto Monk Fruit use 1.5 times the amount of sweetener called for.
To sub in Pyure or Trim Healthy Mama Super Sweet use half the amount of sweetener called for.
Substitutions will work in most recipes. They may not work in candies, such as caramel.