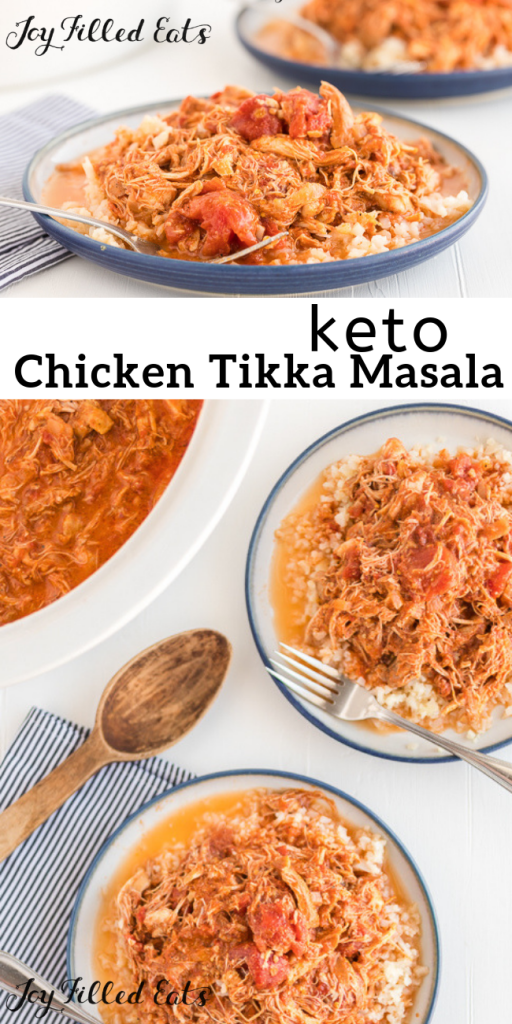 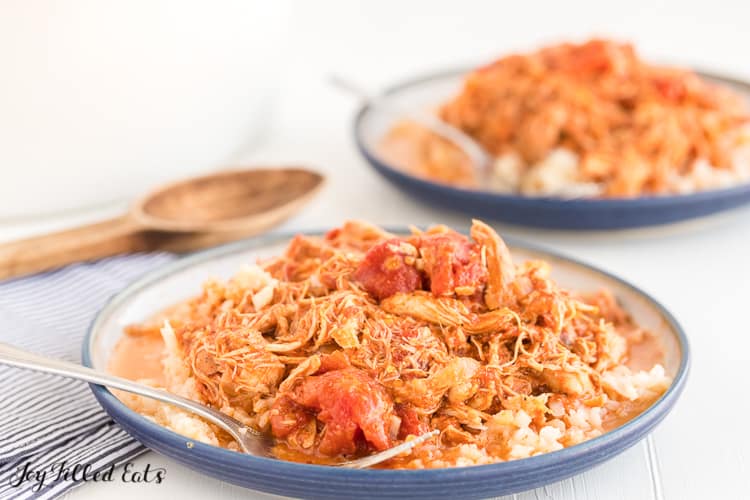 If you’ve never tried Indian food before I dare you to try this, it is flavorful without being spicy and the perfect stick to your ribs type of meal for cold winter nights. I first had Indian when my husband and I were dating. I was a vegetarian then, and I wanted to try Indian food after a friend from my photography classes kept raving about the cuisine of his culture. It was perfect. I was surprised at how tasty a plate of vegetables and rice could be. 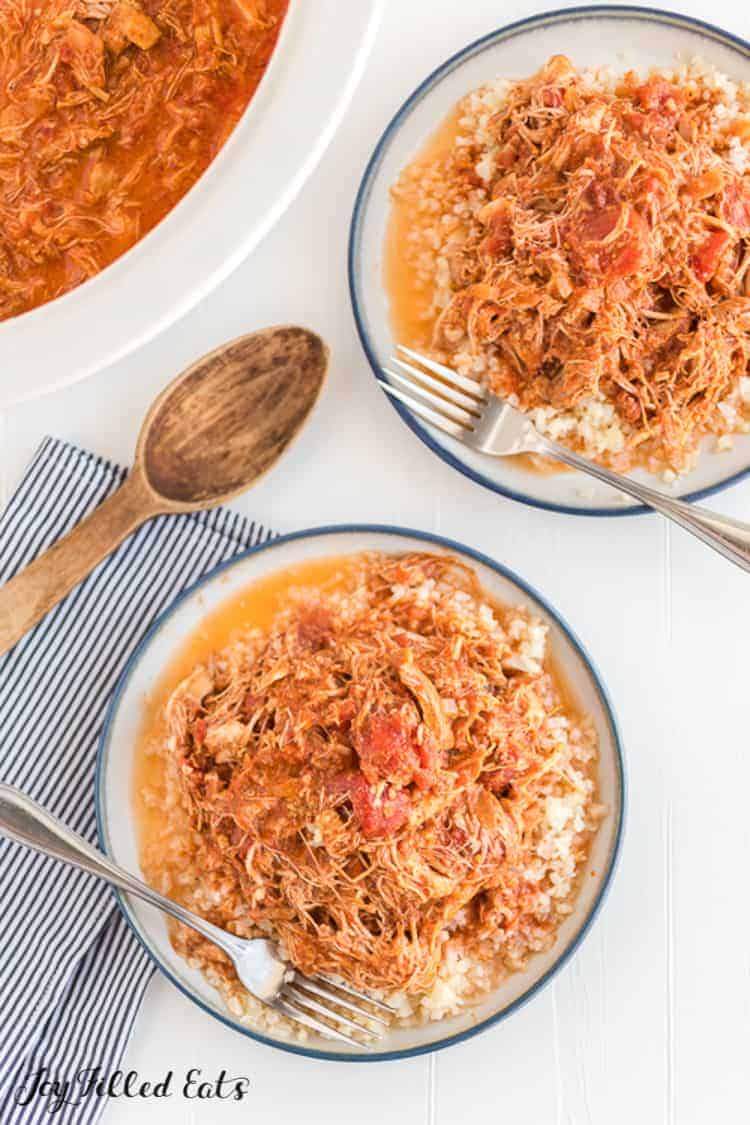 After dinner, we went to visit a little shrine nearby and (in the cold February weather) my husband proposed! I’ve been a fan of Indian food ever since. However, my kids are not huge fans so often my husband, and I will make this for date night and eat alone in the kitchen.

Meanwhile, the kids eat something easy like pizza and have a movie night (we spread out a blanket in the living room, and they get to have dinner while watching a movie – they love doing this). Most of the time I will freeze half the batch of this so we can have a second date night without cooking! 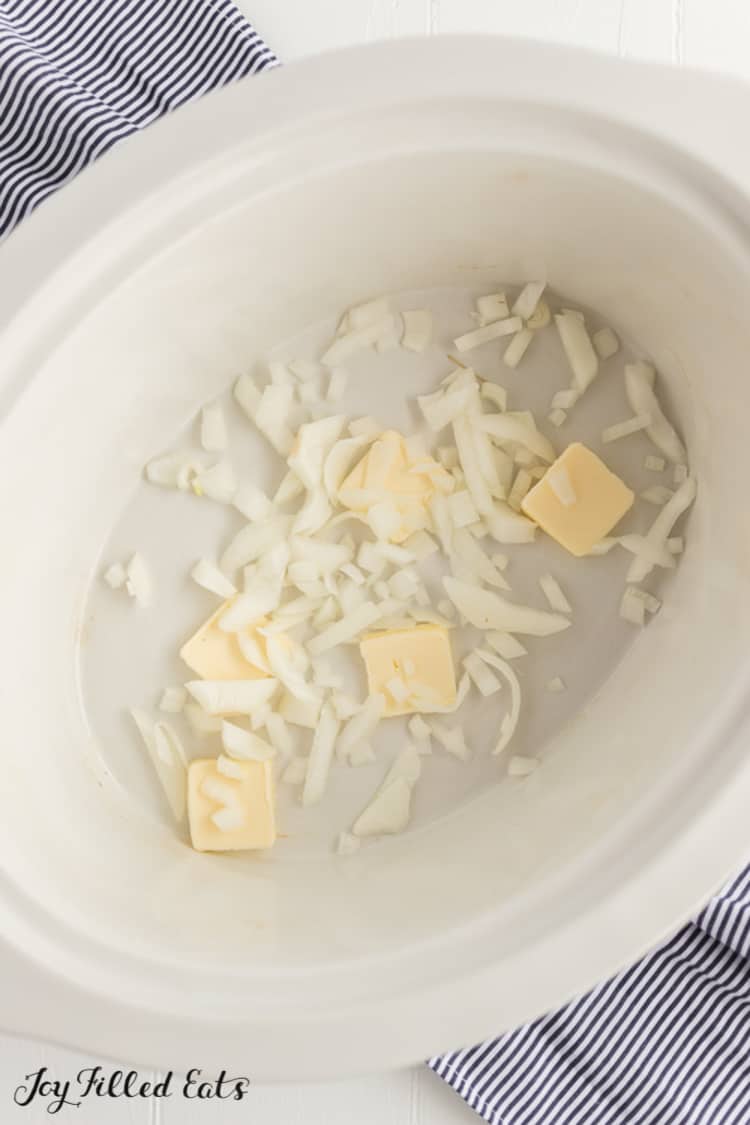 Can You Make Chicken Tikka Masala In A Slow Cooker

Yes! I share stovetop and slow cooker options. I have found both options taste amazing, and sometimes the slow cooker is a better fit for me and my schedule. This Chicken Tikka Masala slow cooker recipe is outstanding and easy to make. 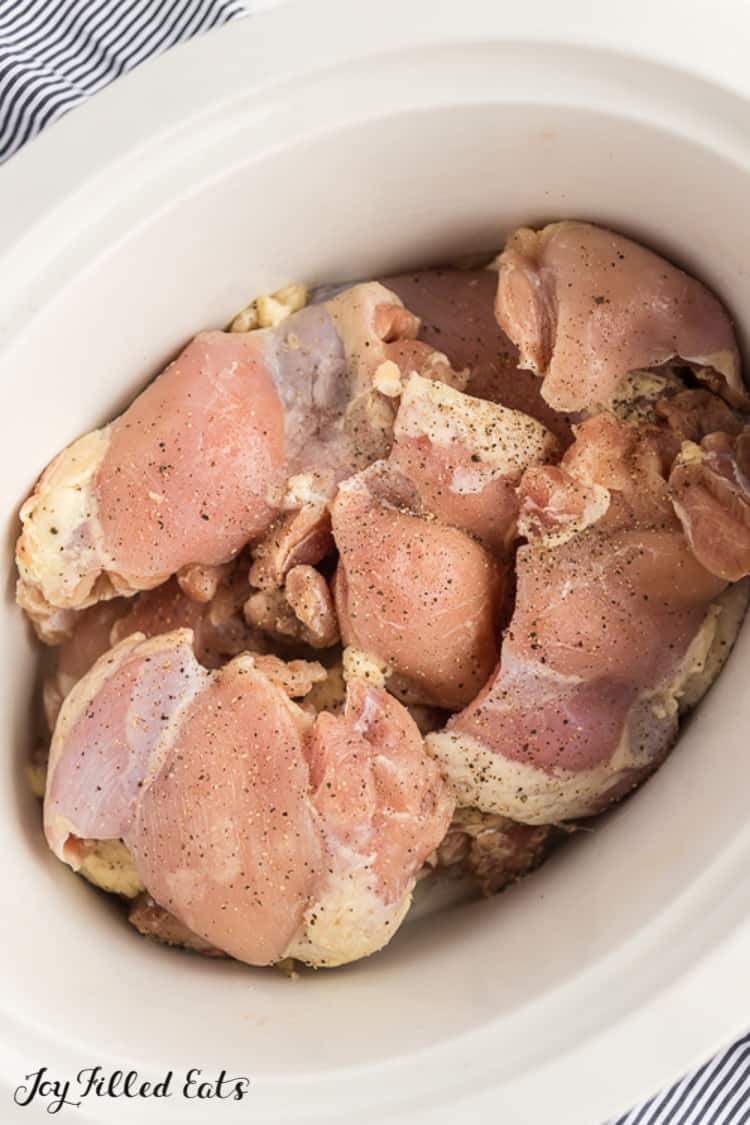 What Is Garam Masala?

In my recipe I use Garam Masala, this is an Indian spice that adds so much depth to your chicken tikka masala crockpot recipe. It is filled with spices like saffron, fennel seeds, ginger, garlic, and more. Depending on the brand you buy will vary in the spices used.

BUT, if you don't want to buy this spice individually for this keto chicken tikka masala recipe, you can make your own. You might find you have all these spices on hand already, and won't have to buy this specific spice. Either way, the Garam Masala spice is pretty affordable! 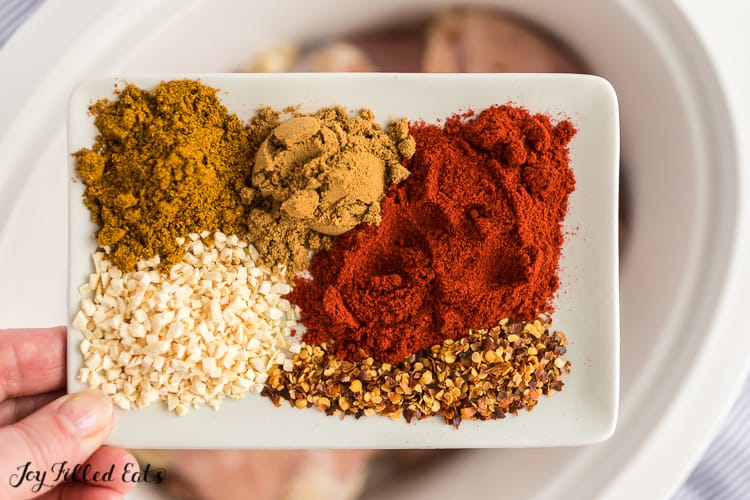 What is the Difference Between Butter Chicken and Chicken Tikka Masala?

The most significant difference between butter chicken and chicken tikka masala is how the dishes are prepared. Butter chicken uses a lot of butter and offers a vibrant and creamy sauce that is mellow. Chicken Tikka Masala uses a lot more spices, and depending on the recipe you can come across some recipes that are incredibly spicy.

Yes, this is a classic and very popular Indian dish that you will be able to order in most Indian restaurants. They tend to call the sauce gravy, and it is bold in flavor and highly addictive.

I share a lighter low carb version that will cut out a lot of empty carbs. My recipe is grain free, dairy free, and gluten-free. I wanted to create a dish that fit many people's dietary needs but without all the extra carbs. I think you all will enjoy this adapted version of Tikka Masala. 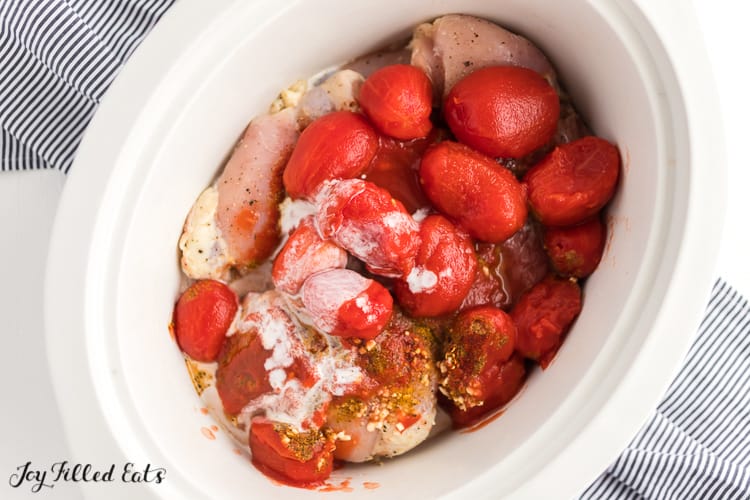 Does Tikka Masala have Dairy?

In my Chicken Tikka Masala slow cooker or stove top version, I use coconut milk as the creamy base. This also gives your sauce a really rich and creamy texture you would not get from using milk.

What To Serve With Chicken Tikka Masala

We serve over cauliflower rice or even steamed cauliflower. This keeps it a lower carb version, but if you want you can do regular rice as well. Shirataki rice I hear is another fabulous option. Or skip the bed of rice and eat it as is, and slather up the sauce with some naan bread. 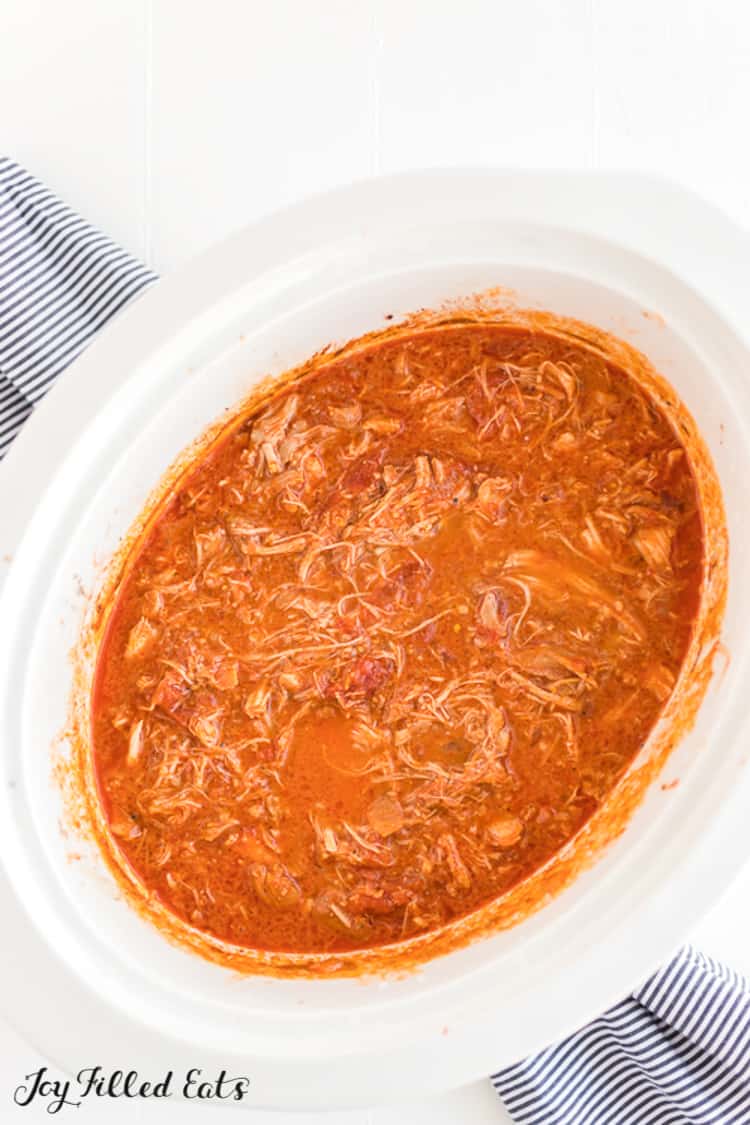 How Long Will Keto Chicken Tikka Masala Last In Fridge

If you have leftovers, you can toss in the fridge for up to 3 days. Then after that, any leftovers will need to be thrown out.

Can You Freeze Indian Curries?

Yes! We do it often, and it reheats beautifully. Just freeze in airtight container for up to 3 months. Thaw in the fridge the night before then reheat on the stove or even slow cooker. If the sauce separates a bit, use a whisk to help get it blended. Then heat some cauli-rice and serve!

As you can see we are a massive fan of this Chicken Tikka Masala crock pot or stovetop recipe! We have been making this recipe for years, and each time it is such a treat. Let me know how you like this recipe! 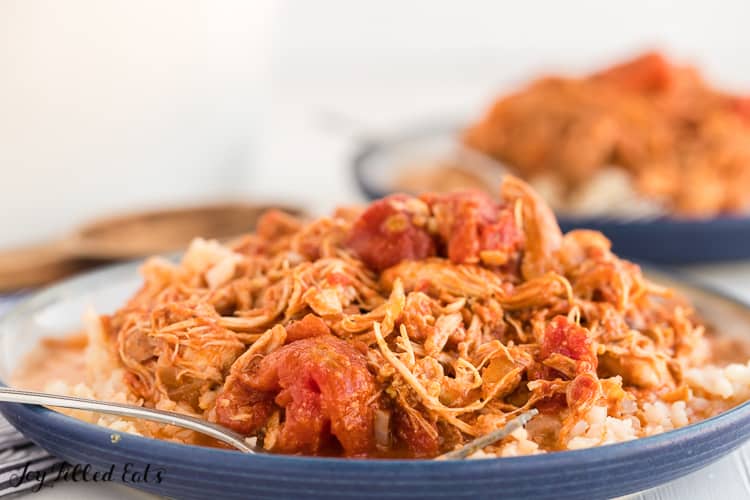 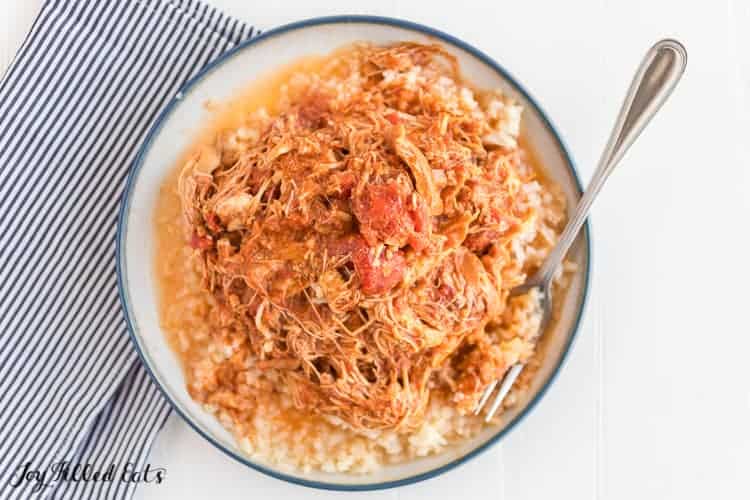