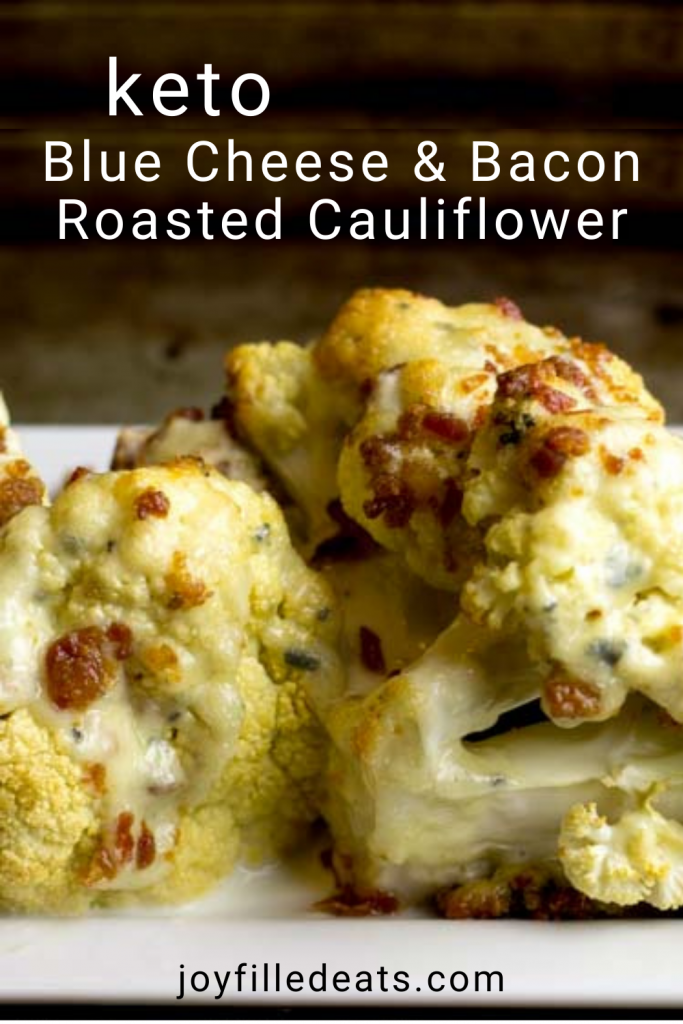 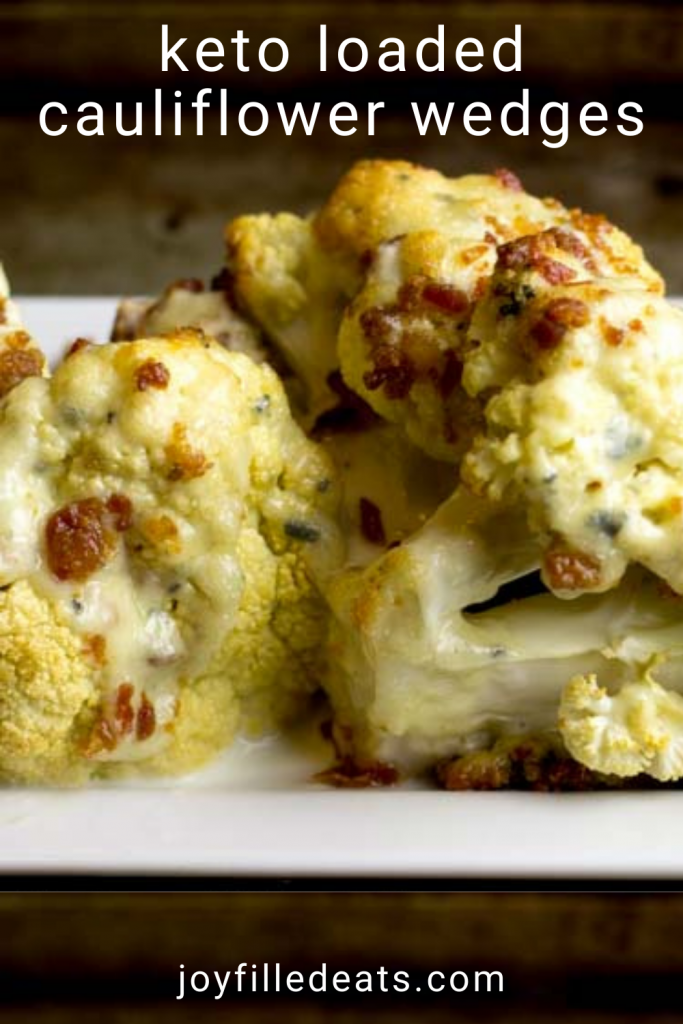 Tender roasted cauliflower dripping with blue cheese sauce and sprinkled with crispy bacon. Oh, yes. This Roasted Cauliflower with Blue Cheese Sauce & Bacon is the best side dish ever. And it only has four ingredients! 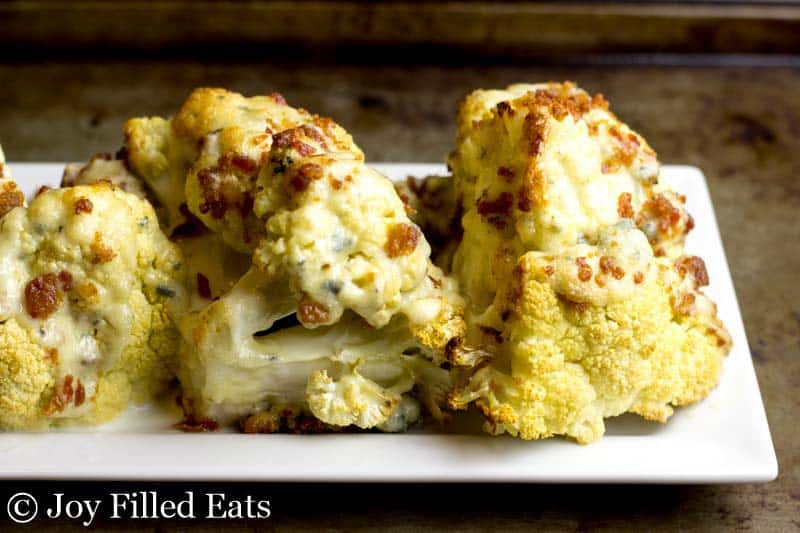 This was seriously one of the best things I have ever eaten. Ever. This was one of those moments when I served small portions to my children and hoped they didn't ask for more.

My kids are pretty good eaters but the ten and under crowd doesn't normally appreciate blue cheese. I didn't like it until I was in my mid-twenties. It started to become more popular and would end up in salads quite frequently. I developed a taste for it amidst that classic glazed pecan, craisin, blue cheese, spinach salad. 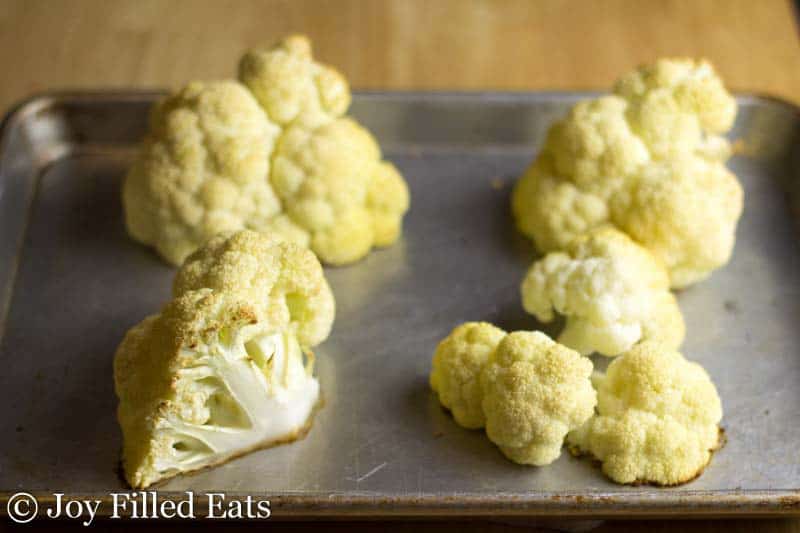 How to Roast Cauliflower Wedges

After my attempt to roast an entire head of cauliflower I realized I had two options. I could boil it and then roast it to make sure the inside gets tender or I could cut it into smaller pieces.

I absolutely did not want to boil the cauliflower first. Who wants another dirty pot? Not me. So I quartered the cauliflower and roasted it for a while before adding the sauce. Perfection. 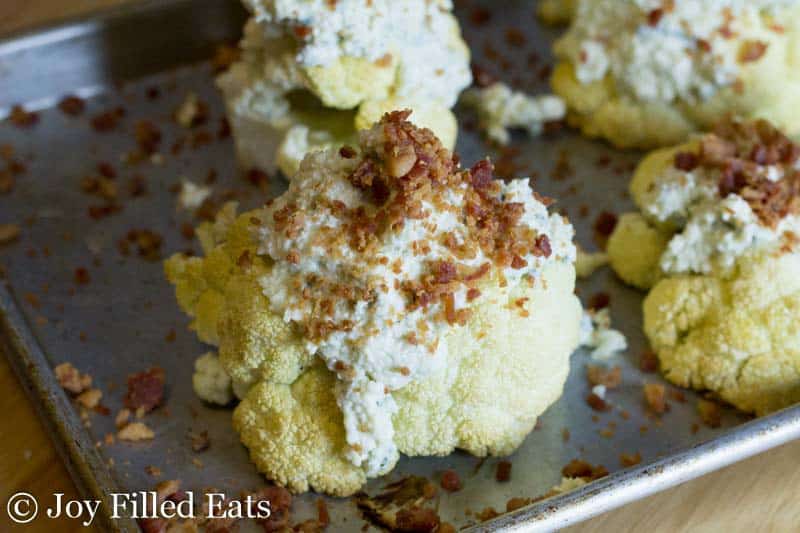 All my blue cheese sauce contains is mayonnaise and blue cheese. That's it. And it is absolutely divine. The blue cheese is salty enough that you don't even need to add salt to the cauliflower. If you enjoy fresh cracked pepper go ahead and crack some on top. 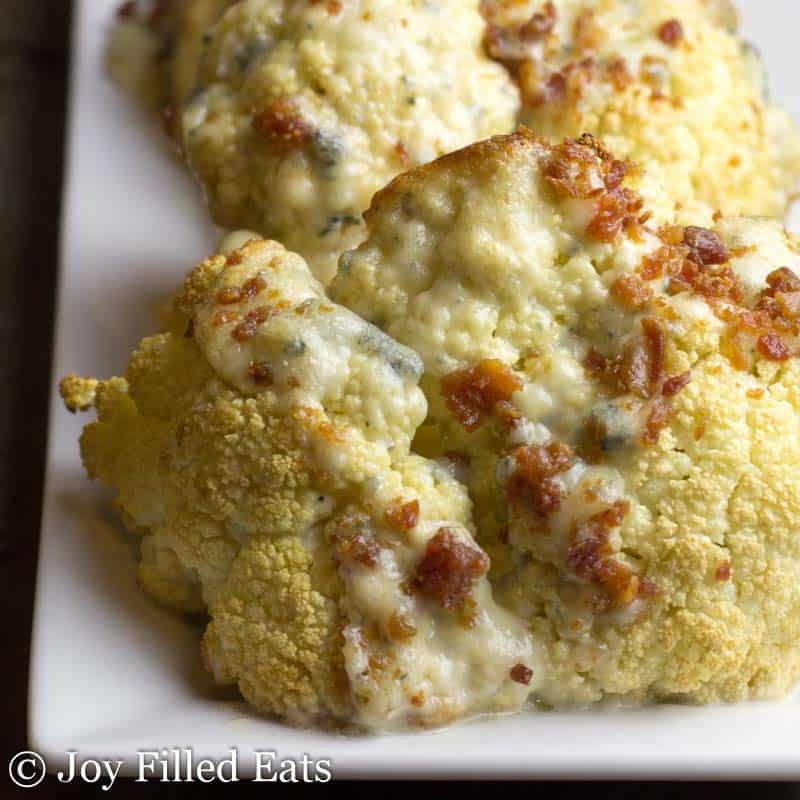 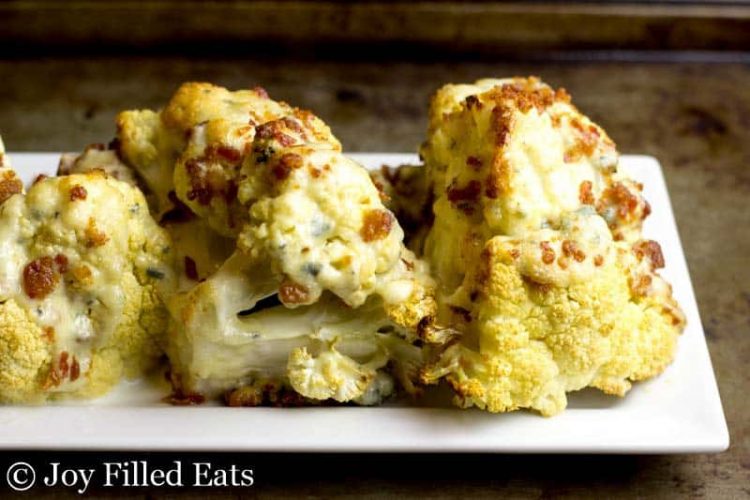