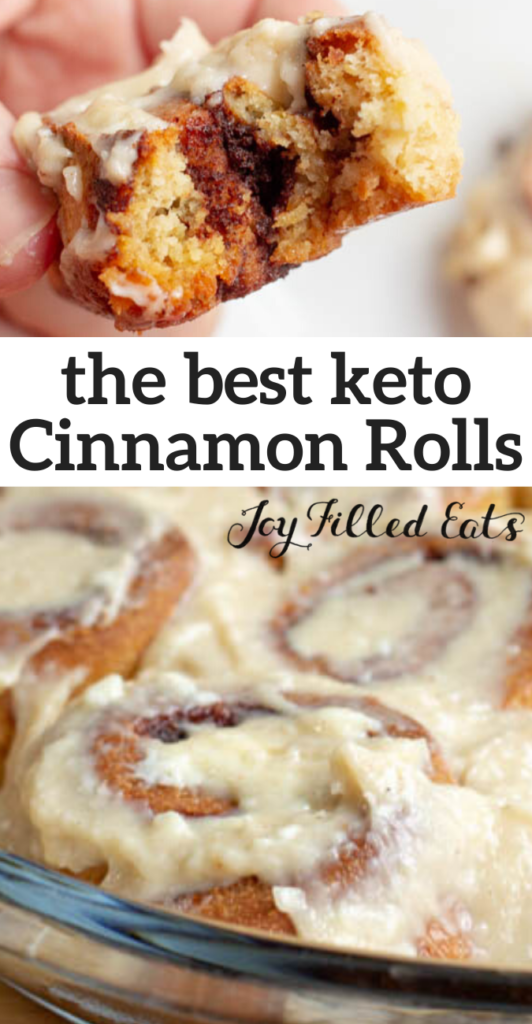 These healthy gluten-free keto cinnamon rolls are perfect for lazy Sunday mornings. They have all the flavor without any sugar or grains. They are Low Carb, Keto, Grain-Free, Sugar-Free, and a THM S. 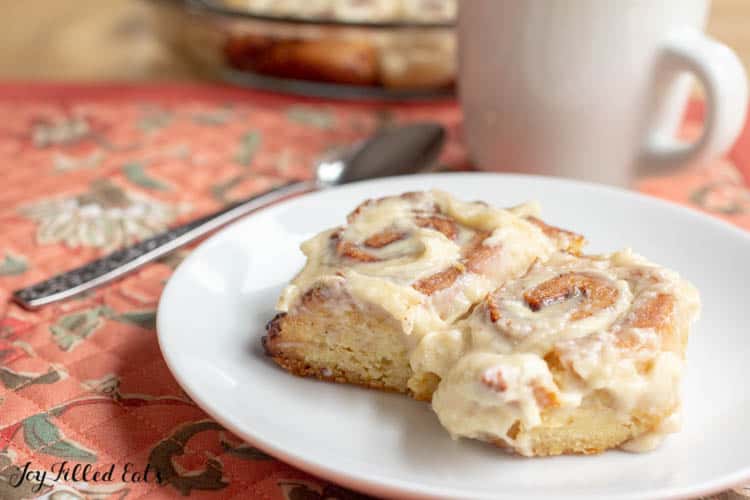 Last week was my birthday and for breakfast, I wanted cinnamon rolls. I found a recipe for some using sprouted wheat flour and almost made them for Christmas but they seemed like a lot of work. Too much work when I'd rather be relaxing in my PJs and playing with my children and their new toys. However, the cinnamon roll craving has stayed with me for the last few weeks.

This morning I finally decided I should make some gluten free cinnamon rolls (especially since it's my birthday and my husband is off from work and he can wash the dishes)! 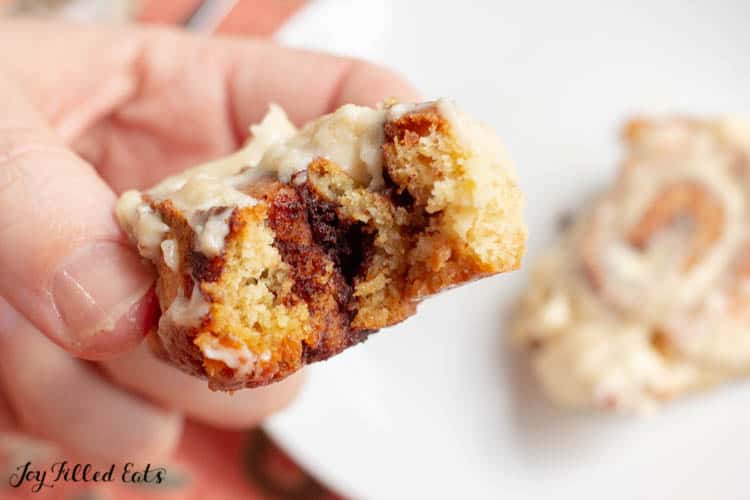 Have you realized yet that I love dessert? My favorite thing about the Trim Healthy Mama way of eating is that I can still eat dessert. Since getting back on plan 2 weeks ago I have dropped the 6 pounds I gained between Thanksgiving and Christmas (I'm sure half of it was inflammation but I'll admit the other half was from too much pie and too many cookies). I have lost those 6 pounds despite eating lemon cheesecake, cranberry bliss bars, caramel pecan sticky buns, and cinnamon rolls! 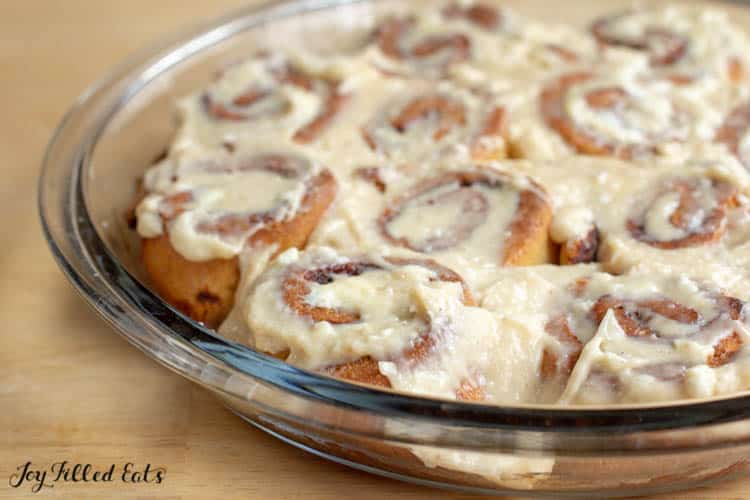 Yup! I promise these do not taste like cheese! The dough I used for these fathead cinnamon rolls was inspired by the first mozzarella dough I ever saw. The Cheese Danish on Up Late Anyway. 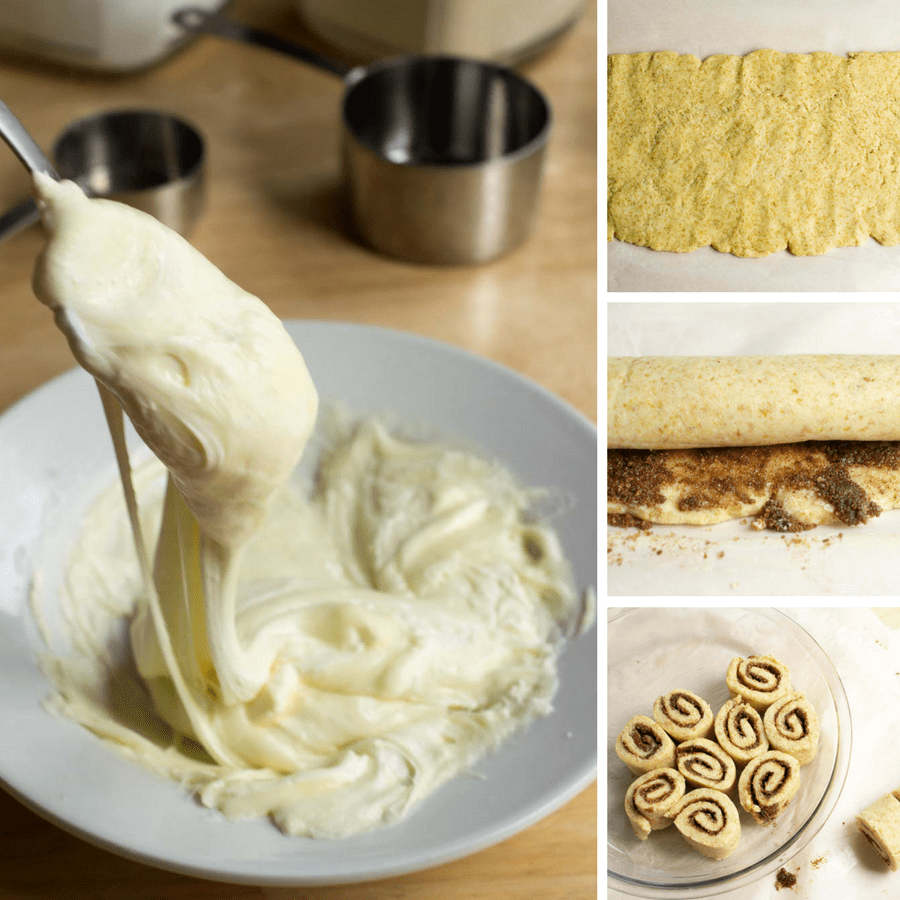 Can I freeze Keto Cinnamon Rolls?

These are best served fresh and warm. Mozzarella dough freezes ok but not great. If you have some leftover go ahead and freeze them but I wouldn't make extra for that purpose. You can reheat leftovers in the microwave. 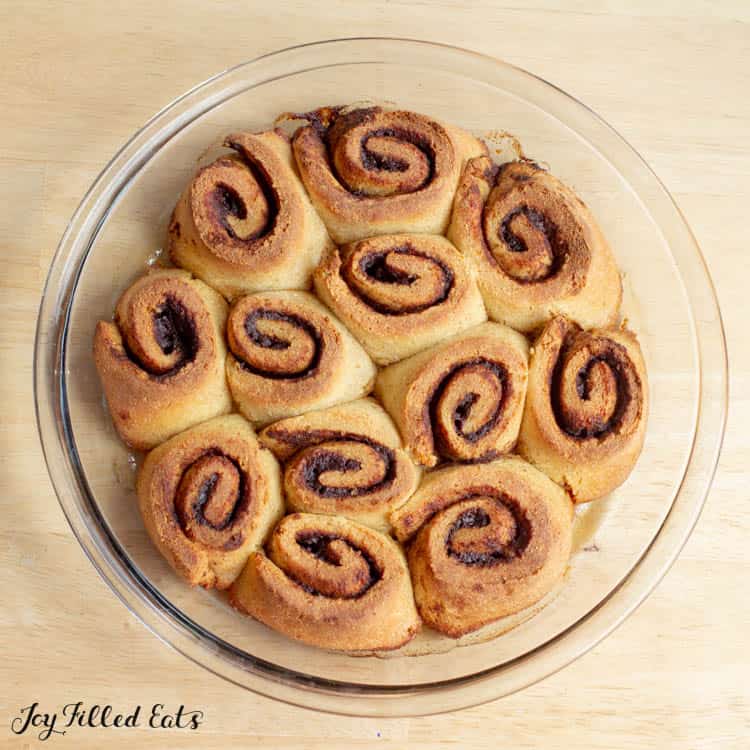 Yum. These were SO good. The cream cheese and the cinnamon. You absolutely cannot tell they are grain free or sugar-free. The taste like a Cinnabon. 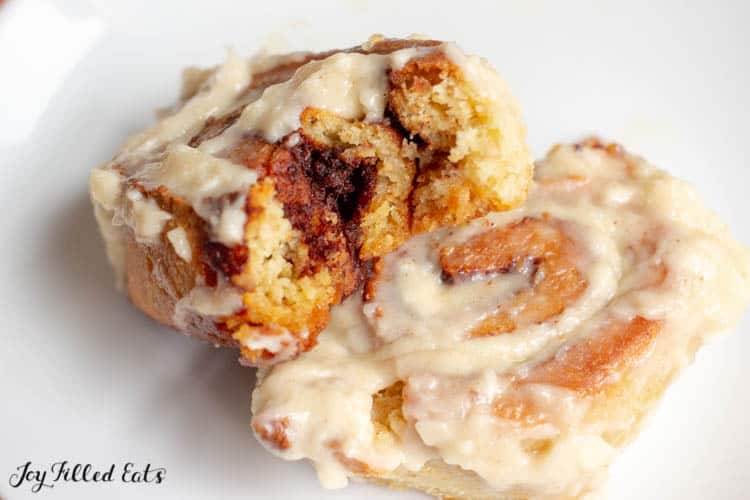